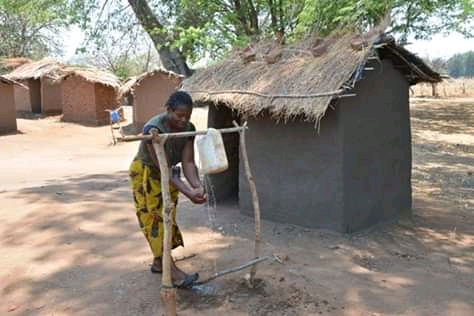 Malawi Red Cross Society (MRCS) cerebrates the reduction of the diarrheal cases and diarrheal related deaths in many areas of Chikwawa, Mangochi, Mwanza Salima and Mzimba where it is implementing community based Health and care projects and community resilience project.

Sam Malunga from Julaye village in the area of Traditional authority Chapananga said there were a lot of diarrheal related cases and in some cases Cholera due to Inadequate sanitation and high open defecation practice due to lack of toilets.

MRCS project officer for community resilient project in Chikwawa Alinane Kaimila Thindwa said over the past four years since the MRCS introduced the project in the area, the sanitation of the people of Chapananga has tremendously improved. He said about 30 percent of the households had toilets but now due to the MRCS project interventions coupled with the dedicated red cross volunteers in the area the latrine coverage now is almost at 100 percent.

“In Salima and Mzimba in the areas of Traditional Authority Khombedza and Kampingo Sibande respectively, where the integrated community based Health project supported by the Swiss Red Cross is being implemented, almost all the villages have been declared open defecation free and the sanitation of the people has greatly improved”. Said Manfoster Moyo District coordinator Salima. Moyo added that 17 villages in Traditional Authority Khombedza have been decaled open defecation free by government. He attributed the success to the volunteers who conduct households door to door visits with health and good hygiene messages.

Though the Malawi Red Cross and other partners are working hard to end open defecation in the communities, it is worrisome to note that the 2018 Malawi Population and Housing Census reviled that 7% of households in the country have no toilets with the Central region topping the list.

In line with this years’ theme of world toilet day “Leaving no one behind”, head of Health for MRCS Dan Banda, says the Malawi Red Cross together with its Red Cross partner national societies namely Danish, Italian, Finnish, Icelandic and Swiss, are planning for the next phase of programs that will among other issues address safe water, sanitation and hygiene.