Following the damaging of properties by students at Zomba Islamic High School, the Muslim Association of Malawi (MAM) has closed the school indefinitely. The closure follows a scuffle that ensued at the school on Friday as a way of the students compelling the administration to stop giving them ‘bad food’.

The decision comes on the sidelines of a meeting between MAM’s Secretary General, Dr Salmin Omar Idrussi and senior staff members led by the Principal of the School, Jafar Wyson.

Speaking in an interview with Malawi Muslims Official Website, Dr Idrussi confirmed the closure of the school but could not give more information referring the website to Education Coordinator for the association Sheikh Raad Kangomba.

However, efforts to contact the coordinator proved futile, as he could not be reached on his mobile phone.

Reports are rife that officials would like to solve the problems that led to damage of school’s property, teacher’s houses as well as offices.

Meanwhile, Zomba MAM district chairperson Bro. Konda has expressed concern over the students’ act that has led to the indefinite closure of the school.

“It is really a very sad and worrisome development considering the fact that the institution is struggling much and they are destroying the little we have,” he bemoaned.

The closure comes a few days after another Islamic Institution, Mama Khadija Girls Private Academy was closed on the similar problem.

Reporting by Patrick Hamza Mpumira in Zomba. Marshall Dyton in Blantyre also contributed to this report. 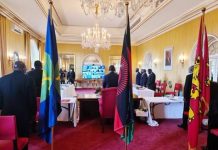 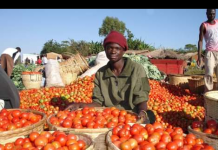