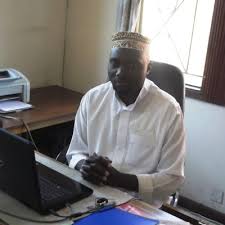 The well wishers contacted the committee that was constituted by MAM  to conduct the fundraising campaign about their idea of settling the remaining balance.

As of today, there is a balance of  money amounting to K66m which the Muslim body is required to raise in order to rescue the house.

It is reported that the fundraising National Coordinator Sheikh Omar Nkachelenga took the issue to the trustees of MAM who promised to come back to him.

However, before the response from the trustees, there is a letter from the High Court that has been circulating in the social media, dated 8 November 2018 concerning the vacation of the injuction by MAM – which the concerned Muslim took restraining the association from selling the Quran house.

“It is very unfortunate how people are linking the two. On the injunction we were asked by the concerned Muslims that we should go and vacate it because they do not have money to do so which MAM agreed. The hearing is tomorrow, December 5,” said the Spokesperson.

“MAM is an organization which has got its own systems and processes. What we need is for the committee that we constituted to officially come back to us on the progress made so far.

“They should tell us that the initial plan has hit a snag and they are opting for the offer. Thereafter, they should present an official letter formally, from the well wishers regarding their gesture so that as an association, we should sit down and discuss the conditions they are putting. We avoid accepting things blindly and later be punished as it is now. We need proper proceduresbut there is no any link between the two,” he said.

In 2003, the then MAM leadership proposed to develop Quran House title number BC46 situated along Livingstone Avenue in the City of Blantyre known ‘Quran House’. MAM then approached an Architect, Dan Kamwaza for the design of the building who charged a sum of K13m but after negotiations, the amount was reduced to K9m.

The group said it would mobilize the Muslim community to contribute towards rescuing the house which the Muslim’s mother body didn’t object. To show its support, MAM constituted its own committee for the same to work hand in hand with the concerned Muslims.