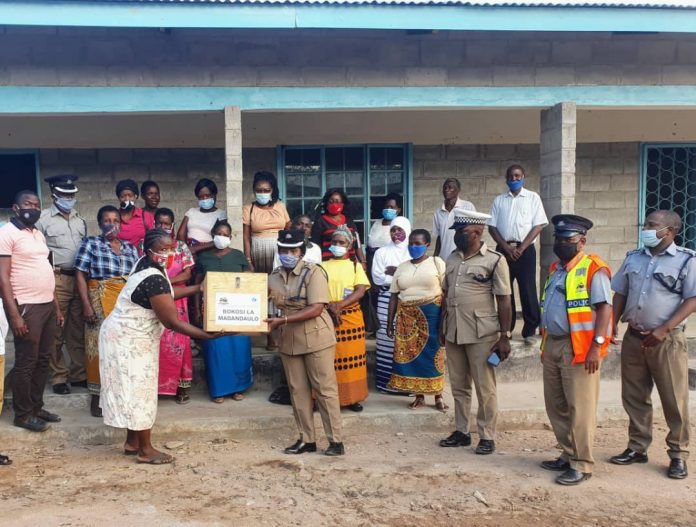 In a bid to curb the influx of child marriages and early pregnancies amid Covid-19 pandemic, Mangochi Police Station organized an awareness meeting aimed at promoting girl child education on August 5, 2020 at Koche Teacher’s Development Centre(TDC)

“There has been reports that since the the closure of schools due to Covid-19 pandemic there’s an increase of child marriages and early pregnancies in our district. This is a sad development considering the fact that the Police are not aware of some of the atrocities hence bringing this complaint box because some of these nasty behavior are done by close family members and are not reported.” Explained Nyoni.

She further called for collaborative efforts in the fight against child abuse and promotion of girl child rights.

“Let us always remember that any person who is under the age of 18 is regarded as a child and its everyone’s duty to protect them. Those who molest these young girls deserve to be punished  so let’s work hand in hand in fighting against such malpractices” she said.

Nyoni also urged the members to implement the district by laws on girls education, sexual rights and reproductive health.

The Primary Education Advisor(PEA) for  Koche zone  Mrs Babra Mtepuka commended the Police for tirelessly fighting against child abuse and also handing over a complaint box to be used for responding to complaints on violence against children.

It will be used as a confidential way of reporting matters of concern which many young girls are facing in the area. The box will be emptied once in every week at Koche Police Unit in the presence of few members and HRDC representative.

Mangochi Police also distributed a pedal bicycle donated by UNICEF to an oversight committee for Koche Police which has just been elected to help them combat crime and violence interventions and it will be chaired by Muhammad Alick a well-known businessman at Maldeco trading centre.