Islam is a strong advocate of marriage. There are no religious clerical appointments where one must be celibate like for example a priest or nun. The prophet Muhammad (pbuh) said “There is no celibacy in Islam.” The prophet has also said, “Marriage is my tradition whosoever keeps away from it is not from amongst us”.

Marriage is a moral safeguard as well as a social building block. Through marriage, families are established and the family is considered to be the fundamental unit of our society. Furthermore, marriage is the only valid or halal way to indulge in intimacy between a man and a woman.

Islam takes a middle of the road position to sexual relations. It neither condemns it like certain religions, nor does it allow it freely. Islam urges us to control and regulate our desires, whatever they may be, so that we remain civilized and equity reigns in society. Marriage also acts as an outlet for physical needs and regulates it as well.

The purpose of Marriage

The word “Zawj” is used in the Qur’an to mean a pair or a mate. In general it’s usage refers to marriage. The general purpose of marriage is so that men and women can love one another, provide company to each other, procreate and live in peace and tranquility to the commandments of Allahu Ta’ala.

-> Marriage serves as a means to emotional and physical gratification. It is also a form of worship because it is obeying Allah and His messenger – i.e. Marriage is seen as the only possible way for the sexes to unite under Allah. One could choose to live in sin but by choosing marriage – one is displaying obedience to Allah.

-> Marriage is a “Mithaq” – a solemn covenant or agreement. It should not be taken lightly. It should be entered into with total commitment and full knowledge of what it involves. Your partner should be your choice for life. One should be mature enough to understand the demands of marriage so that the union can be a lasting one.

For a marriage to be valid certain conditions must be met:

1) Consent of both parties.
2) “Mahr” – a gift from the groom to the bride.
3) Witnesses.
4) The marriage should be publicized. (It should never be kept secret as this can lead to suspicion and troubles within the community.)

According to Imams Abu Hanifah, Ahmad ibn Hanbal and Malik ibn Anas, marriage is recommended, however for certain individuals it becomes Wajib (obligatory). Imam Shaafi’i considered it to be nafl or mubah (preferable). The general opinion is that if a person, male or female fears that if he/she does not marry they will commit Zina (sex outside of marriage), then marriage becomes obligatory. If a person has strong sexual urges then it becomes obligatory for that person to marry. Marriage should not be put off or delayed, especially if one has the means to do so.

A man, however should not marry if he does not possess the means to maintain a wife and future family, if he will not consummate the marriage, if he dislikes children, or if he feels marriage will seriously affect his religious obligation. The general rule is that the Prophet (pbuh) enjoined people to marry. He said “When one marries, they have fulfilled half of their religion , so let them fear God regarding the remaining half.” This Hadith is narrated by Anas ibn Malik. Islam greatly encourages marriage because it shields one from wrongful actions and upholds the family unit.

Selection of a partner

The choice of a partner should be the one with the most “Taqwa” (piety). The Prophet recommended suitors see each other before going through with marriage. It is unreasonable for two people to be thrown together and be expected to relate and be intimate when they know nothing of each other. The couple is permitted to look at each other with a critical eye and not a desireful one. This ruling does not contradict the Ayah which says that believing men and women should lower their gaze.

– The couple, however is not permitted to be alone in a closed room or to go out together alone. As the hadith says “When a man and a woman are together alone, there is a third presence i.e. shaitan.

– There is no dating or living in defacto relationships with each other before they commit to each other seriously. There is to be no physical relationship before marriage. The romantic notions that young people often have, have proven in most cases to be unrealistic and harmful to those involved. We only have to look at the alarming divorce rates to understand this point. e.g. the couple know each other for years, are intimate, live together and so on yet somehow this does not guarantee the success of the future marriage. “Romance” often dies out very quickly when we have to deal with the real world. Unrealistic expectations often contributes to problems within relationships. It is better to focus on compatability of the couple and critical evaluation than solely physical attraction. 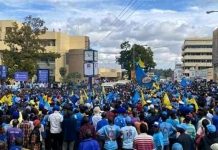 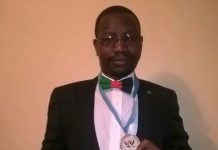