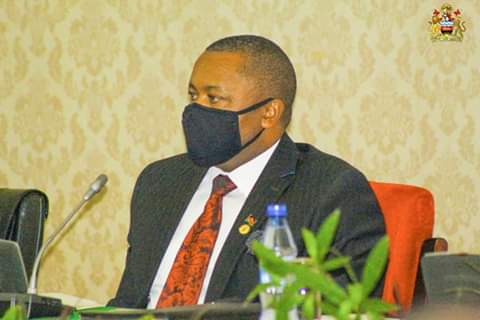 Vice President Saulos Chilima says Malawi Broadcasting Corperation (MBC) will not be serving the interests of any political party.

Chilima who is also the Minister Responsible for Economic Planning and Development and Public Sector Reforms says MBC is a public broadcaster not a political party media house.

He said the remarks yesterday after meeting various statutory corporations.

“Later, I had a meeting with top management of Malawi Broadcasting Corporation (MBC) as we embark on a reform drive to make the broadcaster a true public institution that is apolitical,”

“This administration of His Excellency Dr. Lazarus Chakwera is committed to freeing MBC from political bondage. In the next few weeks, the Ministry of Information will be announcing some of the measures that will be undertaken to achieve this status including legislation,” he says.

Chilima says as a power generating company, EGENCO presented a number of challenges choking its operations which include billions of unpaid electricity bills sold to ESCOM; the non-conclusive unbundling process that has left EGENCO without legal title of assets; high operating costs from running diesel generators; and environmental degradation of the Shire Valley catchment area that has had adverse effects on its generation operations.

“On the other hand, ESCOM – as a power supplier – presented a number of challenges including the K1.8 billion average monthly bill which EGENCO charges which ESCOM feels is not sustainable and non-payment of bills by some Government Ministries and Departments. The institution is also losing investments due to rampant vandalism among other legal and financial challenges,” he says.

The Vice President says the Tonse Government has resolved that by next week, all the challenges that they presented will be dealt with at a decision-making meeting that I will hold together with other government stakeholders with the two institutions so that we must all go to work as soon as possible.

“Moving forward, we are devising a 24-month plan with EGENCO and ESCOM to ensure that the current stable power supply maintains or further improves. The ultimate goal is to ensure that within the same timeframe, there must be surplus production of power that will ably sustain the manufacturing industries,”

“We are putting mechanisms in place that we will be making public sooner or later to ensure that issues of interrupted power supply are completely dealt with once and for all. This notwithstanding, we will also review all the interventions at hand to make sure that they make financial sense to the economy in the quest for power generation,” Chilima says.