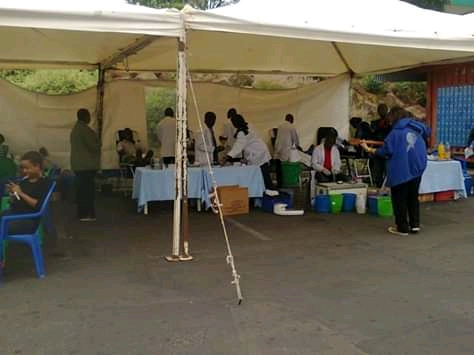 Malawi Blood Transfusion Services (MBTS) has advised Malawians to inform the organisation about malpractices such as health workers who sell blood at government hospitals, inappropriate relationships with blood donors and poor attitude towards blood donors.

MBTS has urged Malawians to blow the whistle and be part of the solution.

“Malawi Blood Transfusion Service would like to inform blood donors, suppliers, patients, guardians, health workers, the general public and other stakeholders that it has initiated a tip-offs anonymous program to facilitate reporting of various forms of malpractices,”

“Stakeholders are encouraged to report malpractices anonymously through the Deloitte Tip-offs Anonymous whistle blowing program. These are malpractices such as blood selling at government hospitals, inappropriate relationships with blood donors, poor attitude towards blood donors, fraud, corruption, bribery, theft, conflict of interest, nepotism and other forms of unethical behavior,” reads a statement issued by MBTS.

According to a statement, tippers stand a chance of getting rewards if what was reported is proven.

“When reporting to Deloitte Tip-offs Anonymous Call Centre don’t mention your name, instead provide any 5 digit secret number to protect your identity. The five digit number will also help in facilitation of payment of a reward if the reported malpractice is proven to be true through thorough investigations,” reads a statement.