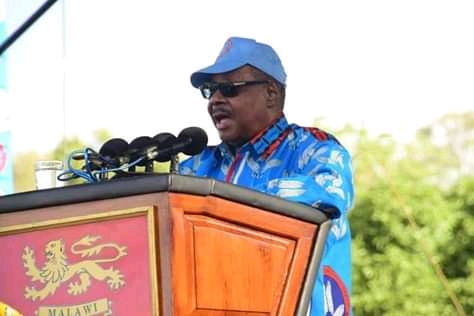 The Malawi Law Society( MLS) has condemned in strongest terms the manner and forum chosen by President Peter Mutharika to express disquiet against the Judiciary given that the Judiciary itself has no access to the political podium and political facilities to respond to the allegations thereby publicly expressed by the State President.

The MLS says the sentiments expressed by President Mutharika on Friday, 29th May,2020 on MBC TV and Radio and on Monday 1st June, 2020 in Thyolo suggesting failure of judicial responsibility on the part of the courts , is undermining the Presidential Election Case brought before them.

The organization says the rule of law is an essential protection of the people of Malawi as a whole , and is an assurance of limited and accountable government under the Constitutional order.

This is contained in a statement signed by its chairman( Burton Mhango) and Secretary, (Martha Kaukonde), made and delivered this 1st June, 2020 with the subject,” judicial pronouncements on the election case.”

The statement says the judges of High Court and the justices of Appeal of the Malawi Supreme Court of Appeal in their respective judgements of 3rd February, and 8th March, 2020 duly gave reasons in writing for their decisions in the Presidential Election Case thereby duly discharged their constitutional responsibility on the matters before them.

The MLS is therefore calling upon President Mutharika and any political figures to refrain from any further direct of indirect attacks on the Judiciary.

“Calls upon President Mutharika to lead by example at all times, preserving and upholding the rule of law and promoting the respect, independence and integrity of the Malawi Judiciary as separate constitutional arm of government with constitutional responsibility,”reads a statement in part.

The MLS finally, is calling upon Parliament which includes the President and National Assembly to carefully read the full final judgement of the Supreme Court, to understand it in accordance with the principles for interpreting judgements and to implement it within the spirit of the constitutional order to ensure mutual respect and tolerance, collective security, morality and common interest of the people of Malawi as a whole.