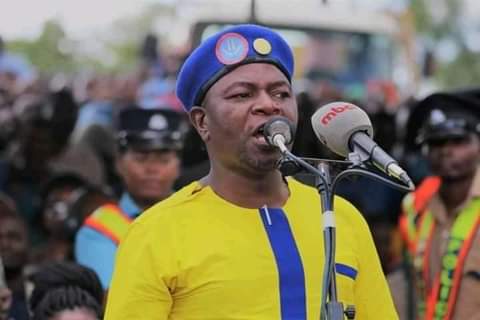 The opposition United Democratic Front (UDF) party has appointed former Minister , Yusuf Mwawa as the Acting National Publicity Secretary for the party following the arrest of Ken Ndanga over deaths of Mr Tambala, his wife and son.

The development is in a statement issued and signed by the party’s Secretary General Kandi Padambo.

“I write to advise that it has pleased the party President, Rt. Honourable Atupele Muluzi to approve the appointment of Honourable Yusuf Mwawa as Acting National Publicity Secretary with immediate effect,”

“This follows the regrettable circumstances involving the arrest and subsequent charging of  Hon. Ken Ndanga,” reads a statement.

According to a statement, Yusuf Mwawa who  is substantively the party’s National Director of  Research, will exercise the duties and responsibilities of the office of National Publicity Secretary until the judicial conclusion of the matter in which Ken Ndanga is suspected to have been involved.

Recently, Malawi Police Service arrested Ndanga in relation to Lilongwe UTM office petrol bombing that led to the death of 3 people of the same family.