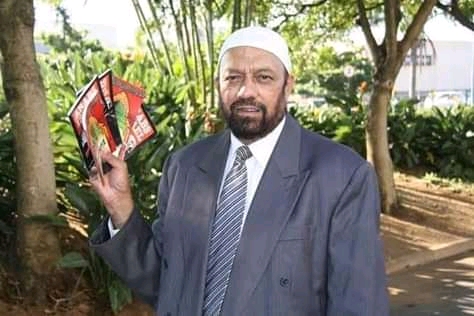 Mr Yousuf Deedat, a South African Muslim scholar and activist has passed away at St Anne’s hospital in Pietermaritzburg in South Africa on Friday afternoon, his family has confirmed.

According to a statement issued by his son Raees Deedat , Mr Deedat , a son of renowned Muslim Scholar late Sheikh Ahmed Deedat was fatally wounded on Wednesday when he was shot by an unknown gunman in Verulam in South Africa.

“He was airlifted to hospital where his condition was critical. His family and friends were at his bedside when he passed away peacefully,”

“The family conveys their heartfelt gratitude for the support they received from family, friends and the community. May his soul rest in peace,” reads a statement.

The funeral arrangements are as follows:

The funeral prayer will be held at the Verulam Wick Street Mosque after the morning prayer, Fajr Salaah, at 4:20am. This will be followed by the prayer and burial at the Verulam cemetery.