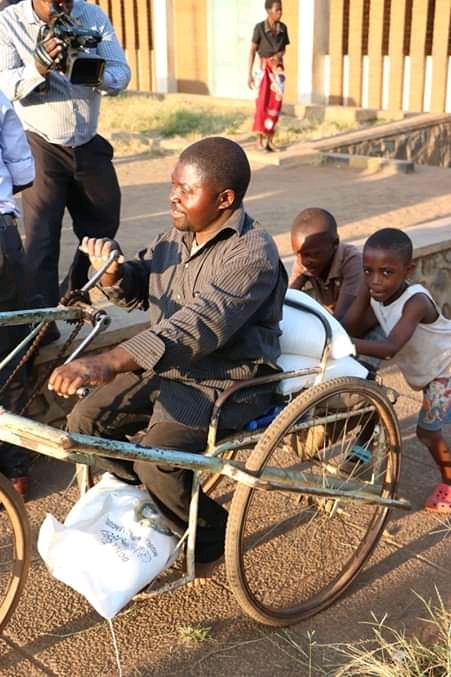 The Muslim World League on Monday donated 300 metric tonnes of maize flour to people with disabilities in the country, in the wake of the Covid-19 pandemic , Department of Disaster Management (DoDMA) reports.

Speaking at Kabwabwa Secondary School in Lilongwe when he officially presided over the handover ceremony for the donation, which was also graced by Minister of People with Disabilities and the Elderly, Dr. Clement Chiwaya; Minister of Disaster Management Affairs and Public Events, Everton Herbert Chimulirenji, described the donation as ‘unique and thoughtful.’

“This donation comes at a time when the Malawi Government and its humanitarian and donor partners are striving to cushion the social-economic impact Corona Virus Disease (Covid-19) has had on the most vulnerable people.

“Let me specifically thank the Muslim World League Secretary General, Hon Dr. Mohammed bin Abdulkarim Al Issa, for his support for many years; with many humanitarian projects including relief, poverty alleviation and provision of water through construction of boreholes,” said Chimulirenji.

In his remarks, Muslim World League representative Ahmed Diab said his organization will continue assisting the people of Malawi in various socio-economic aspects.

“We will not relent. This is not the first and the last time. We have been in Malawi since 1992 and we will continue assisting the country in various aspects. We hope that the donation will make a difference in the wake of Covid-19,” said Diab; whose organisation is headquartered in Saudi Arabia.