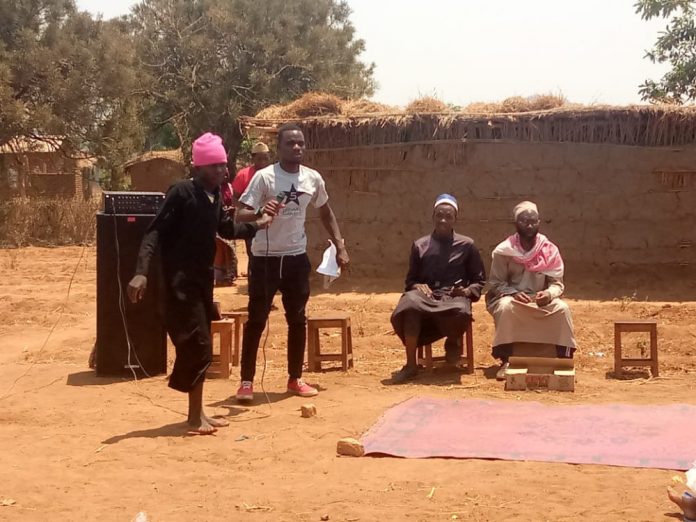 Alhaj Muslim Youths, have encouraged Muslims at Mphazi Village Traditional Authority Chadza in Lilongwe to keep their imaan intact and do the will of God (Allah).

The call was made on Saturday when the youths who are based in Nsungwi Area 25 visited Muslims at Mphazi Village to encourage them about deen.

The youths also donated food and non food items like, soap, salt and Clothes among others to the Muslims.

Speaking in an interview, Chairperson of Alhaj Muslim Youths, Jazim Twabi, said they thought of visiting Muslims in that area because they saw that they lack encouragement from fellow muslims.

“The fact that most of them are new in deen, they need to be taught more about it so that they should do things according to the will of Allah, “he said.

Twabi then said Alhaj Muslim Youths is willing to do more in encouraging more Muslims in the country to stay in deen and he called upon Muslims to visit other Muslims whenever they can so that more Muslims should understand and stay in deen.

In his remarks, Sheikh William Bwanali of Mphazi Masjid, appreciated Alhaj Muslim Youths for the visit saying it is an eye opener to people in the area.

He said the messages given to the Muslims will help people in the area understand deen and also know that muslims are united.

“I believe that the visit has attracted christians to Islam and they might join any time, ” said Bwanali.