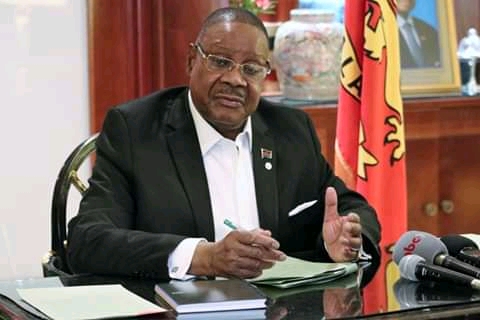 Former President Peter Mutharika says he is not aware of the duty-free clearance of cement after justifying the same through his Former Press Secretary Mgeme Kalirani recently.

Mutharika is alleged to have imported cement duty free worth MK5 billion.

Kalirani justified that the former President was legal to import the consignment of cement.

“The goods were imported under the Presidents (Salaries and Benefits) Act chapter 2 sub-section 2 part 7 of the schedule. Under this law, the President is entitled to import goods for personal use duty-free.” he said.

To the contrary today, through his Personal Secretary Linda Salanjira , Mutharika has denied any involvement in the cement deal.

“His Excellency Professor Arthur Peter Mutharika has learnt that the Malawi Revenue Authority approved the clearance of cement duty- free on his account. The former President has resolved to inform the general public of his position on the alleged duty -free clearance of the cement,”

“The Former President neither bought nor instructed anyone to buy or import the cement in question. Accordingly, the former President did not, as he could not, request the Malawi Revenue Authority to invoke any of his privileges to clear the alleged consignment of cement duty- free,” reads a statement.

The statement further says the former President was never at any point undertaking any construction project (s) requiring such substantial volumes of cement.

“In any event, the former President does not operate any business to sell cement on retail or wholesale,”

“For the avoidance of doubt, the former President did not have any dealings with the alleged cement traders either personally or through a third party,” reads a statement.