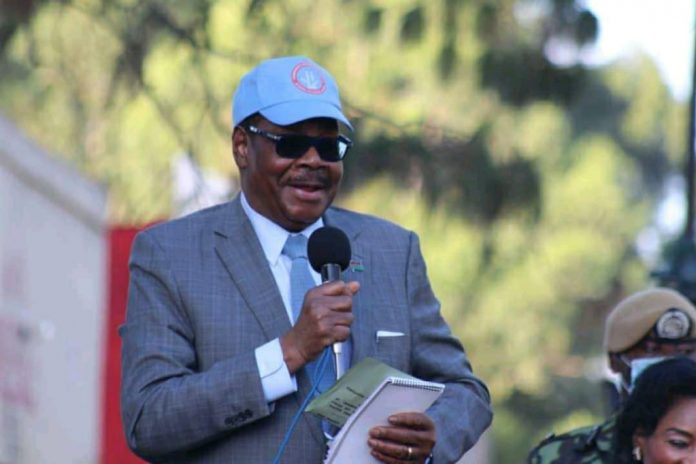 DPP and UDF Alliance Leader of Opposition in the August House, Kondwani Nankhumwa has described former president Peter Mutharika as a true statesman saying he will go down in the country’s history as the most tolerant leader who remained calm, amidst serious political provocation and personal denigration.

Nankhumwa says despite serious electoral irregularities in the recent election, including intimidations and physical attacks on DPP and UDF monitors, Mutharika called on his Alliance supporters to remain calm, peaceful and accept MEC declaration of the final winner.

He says Mutharika believes in good governance and the rule of law as evidenced by his acceptance to hold Fresh Presidential Elections saying he truly inculcated the spirit of love and unity amongst Malawians.

Delivering his speech in Parliament yesterday, Nankhumwa said he has accepted the challenge of being Leader of Opposition in Parliament with utmost humility saying as he will be performing his duties and responsibilities, he will be relying on team work to succeed.

He conveyed deepest gratitude to the former president Peter Mutharika for entrusting him with such huge responsibility, knowing that there are others who are equally deserving of this honour but, Mutharika appointed him.

Nankhumwa says he is aware that His
Excellency Dr. Chakwera is a capable leader having worked with him in Parliament for many years when he was Leader of Opposition, expressing no doubt that the country will be in good and able hands.

“Malawians are anxiously waiting to see a new opposition that does not pander to narrow political interests. As Parliamentarians, we out to be positive examples and true representatives of our constituencies in the way we behave and conduct business in the House,” he said.

Nankhumwa then, assured fellow Parliamentarians that the opposition will in future meetings conduct itself with responsibility and not ruin the game for the sake of the prize.

However, Nankhumwa’s speech in Parliament as Leader of Opposition has surprised many after learning from social media reports of Monday evening alleging that Former Peter Mutharika has replaced his name with Dr. George Chaponda after Speaker of Parliament, Right Honourable Catherine Gotani Hara made changes in the House that Nankhumwa will be Leader of Opposition.