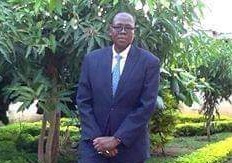 “When Bangwe 1 and his DPP goons—intoxicated with a sense of invincibly and impunity—accosted me between two cars at Shoprite in 2018, they said they were taking me away to “cut my balls”. “Uziwa lelo”, they boasted, “boma limalanga”. It chills me to the bone to imagine, given how they mercilessly mutilated Njaunju, that they likely meant it and indeed would have decimated my genitals,”

“All for what? So that Peter, Getrude, Chisale, Tadikira, Mulli, Mukhito, Muhara and their associates could continue plundering Malawi’s resources without the inconvenience of being asked to account for what they were doing,” he claims.

Nassah says DPP regime was corrupt and it had nothing to contribute to the country.

“Anyone with a modicum of self respect who supported the DPP—the evil system of corruption, murder, plunder, lawlessness—should commit to some deep introspection and evaluate themselves,”

“And we haven’t even started unpacking how the heinous operation to fire bomb the UTM offices in Lilongwe came to be, which killed a mother and father in the most horrific way imaginable and left poor children orphaned, for which crime UDF spokesman Ken Ndanga is facing a double murder charge, and more. Some of what YOU, as an individual—as a supporter of the criminal and murderous DPP enterprise—enabled, aided and abetted is so horrifying that only God, on a day you will find HIM in a good mood, perhaps, will forgive you. The rest of us can only pray that justice is done and restitution is given to the victims of the six years of DPP’s horror,” he claims.