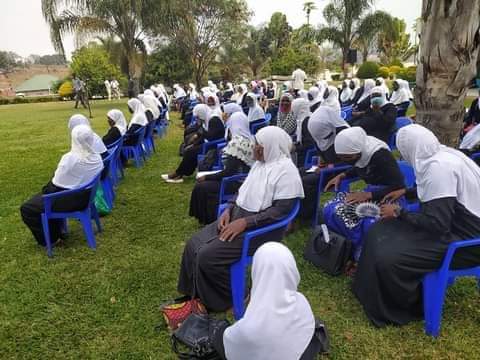 Muslim women in the country have been urged to practice Islam to uplift the status of their families and benefits in the life hereafter.

The remarks was made by Nkhotakota Women Dawa Chairlady Zainab M’gombe during a two day Sister’s camp at Kalimajira Mosque in Sub Traditional Authority Kalimajira in Nkhotakota district.

According to M’gombe Islam is complete and woman should make good use of it.

“Islam has everything and it is your responsibility to practice it to build Islamic families. You must not be Muslims by names only but act according to the teachings of Holy Qur’an and Prophet Muhammad (SAW)” he said.

One of the women who attended the Sisters Camp, Khadeejah Latibu hailed the gathering.

“It was a great and fruitful Sister’s Camp and we have benefited a lot. I will practice whatever I have learnt here from several Muslim women who made their presentations,” she said.

The gathering brought together Muslim women from over five districts such as Lilongwe, Dowa, Salima and Nkhatabay.