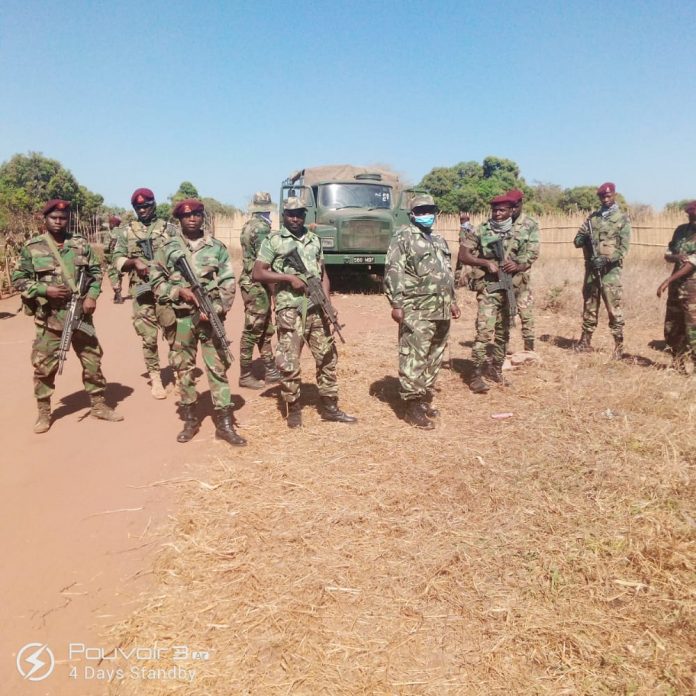 She says Kachaje and team interacted with Malawian communities along the borders where they assured them of safety and security.

During the interactions Group Village Headman Mkukula commended the Police and government in particular for increasing manpower at the border post.

Mkukuta cited that the visibility of Mobile Border Police officers has eased the tension which was there between them and their Mozambican counterparts.

“After the land demarcation saga, we have been living in fear due to atrocities committed by Mozambican counterparts such as shooting incidents, land disputes and corporal punishments just to mention a few but now it’s a thing of past because we have men in uniform around who always protect us” said Mkukula.

The team urged the business personnel to work hand in hand with the security personnel and continue providing support in the fight against crime along the borders.

They also encouraged them not to harbour criminals and not to hesitate reporting any suspicious activities.

To ensure safety, security and full enjoyment of freedom along the borders, the two bodies will continue with the measures to prevent serious crimes and anyone who will be found violating laws of Malawi will be dealt with accordingly.