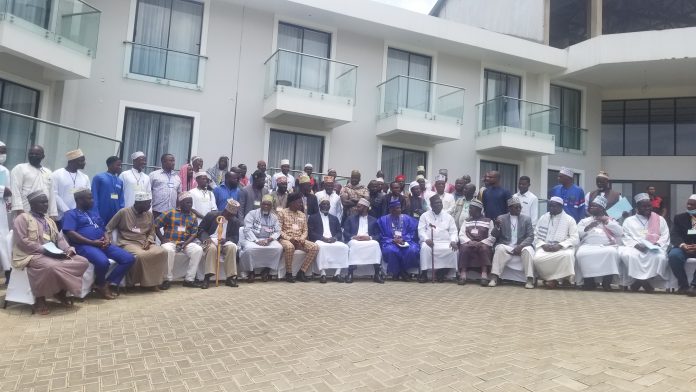 The Shura Council has maintained Sheikh Idrissa Muhammad as the National Chairperson of the Muslim Association of Malawi (MAM).

Sheikh Idrissa Muhammad will serve Malawian Muslims for the next 10 years following the amendment of the association’s constitution in 2017.

MAM Board of Trustees Chairperson, Sheikh Ali Kennedy, confirmed that the Shura council had decided to maintain the MAM leadership.

The same procedure will also be followed when electing district chairpersons.

“We had 40 members representing all Muslims throughout Malawi who have maintained Sheikh Idrissa Muhammad as the national chairman based on the Islamic notion of a good leader,” said Sheikh Ali Kennedy.

The process which has been proposed by the Trustees of the organization to replace the current system is not new. It was once used in 1957 when the organization was established under the name Nyasaland Muslim Association. Five leaders were elected using such a system up until 2004 when a political system of electing leaders was introduced.

The five leaders that were chosen under the Shura process are Sheikh Rajab Abdulkareem from Chiradzulu, Sheikh Lali Lubani from Zomba, Musa Game from Zomba, Hussein Mwarab from Balaka and Alhajj Likonde from Blantyre.

The political system of electing leaders has been criticized by many hence the change to go back to the old system of Shariah in order to suit the Islamic ethos.

Al-Shura or consultation is an instrument for reconstruction and reform, mentioned in the Qur’an and suggested in the practices of the Prophet and his Companions Muhammad (PBUH).

Generally, it is a tool used by Muslim scholars and rulers or caliphs in arriving at a decision or ruling on particular matters or issues relating to the affairs of Muslims.