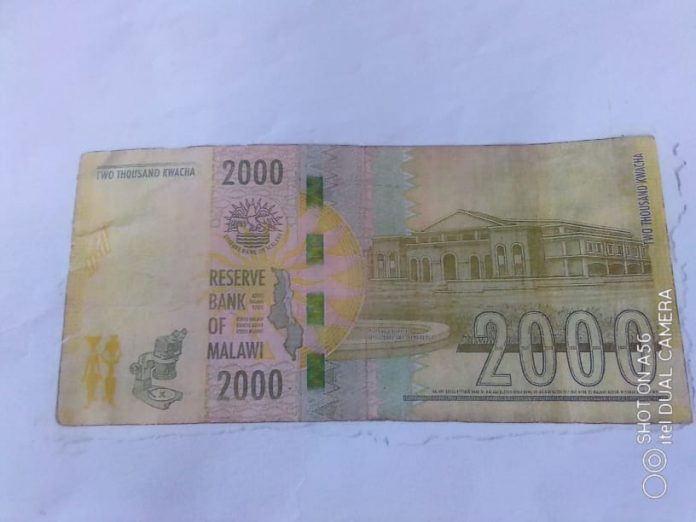 Two young men are in police custody at Kawale Police Station in Lilongwe for possessing, uttering, and forging fake currency which is contrary to Sections 366,360 and 356 of the Penal code.

“Area 23 Police Unit received a complaint from Paul Tembo on October 8, 2021 which resulted in the arrest of Yunus Amidu who later revealed the source and producers of fake money. According to Paul Tembo, a business person at Area 23 tank who deals in mobile money transfers, reported that he received a customer, Yunus Amidu seeking a possible transaction. But before doing the transaction he demanded cash first of which the suspect complied by producing ten pieces of two thousand Kwacha notes ,which amounted to K20,000,” Phiri says.

Phiri adds,” During the transaction, Tembo realized that the cash he was given was not genuine. He immediately informed Area 23 detectives who arrested the suspect. Later a joint operation with officials from Reserve Bank of Malawi (RBM) was conducted that led to the uncovering of the syndicate down to Nkhonjera who was behind the forging of the notes.”

The duo will appear in court soon to answer the charge leveled against them.

Police in the area continue to warn all mobile money agents to be on guard and take time to check the money offered before making any money transfers.