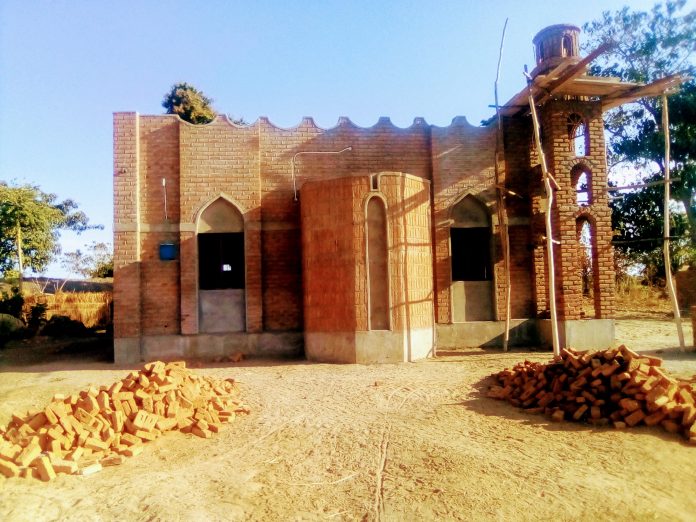 Muslims at Nkhandwe village, Sub Traditional Authority Kalimanjira in Nkhotakota district have collaborated to construct a new mosque in the area.

Speaking in an interview with Malawi Muslim Website, Imaan (leader) of the Muslims in the village Sheikh Stambuli Emmu says some well-wishers are ready to finance the construction of the mosque.

According to Sheikh Stambuli, the well-wishers asked them to source bricks to show their interest in the project.

“The well-wishers are waiting for us to tell them after sourcing bricks as a start-up package. So far, we have managed to lay over 30,000 bricks and we need to tell them,”

“Some Muslims are contributing money to buy bricks. We are committed to see a new mosque in our area,” he says.

Sheikh Stambuli has urged Muslims in the area to continue the spirit because contributing in Allah’s duty has tremendous rewards.

“I want to ask all Muslims in the area to continue the good work to see a new mosque being constructed. Allah will reward us Isha Allah for the good work,” he says.

He told Malawi Muslim Website that they are using an old and small mosque hence the need to have a new one.

“Our current mosque is small and old one. Our neighboring areas have good mosques and it is also our prayer to have a modern mosque too,” he says.

Senior Village Head Woman Nkhandwe says, the construction of mosque is a great development in the area.