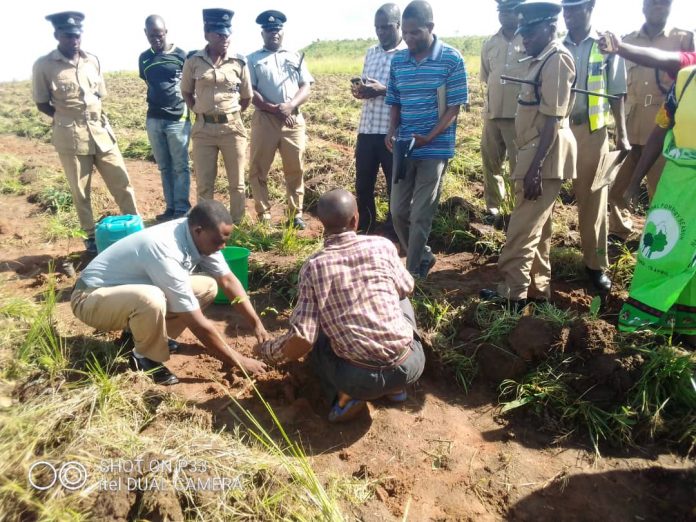 In a bid to conserve the natural resources, and to intensify the fight against environmental crimes, Ntchisi Police Station in partnership with the office of the District’s Commissioner and the Department of Forestry on Friday, February 21,2020 planted tree seedlings in the district.

Ntchisi Police Station Public Relations Officer Richard Mwakayoka Kaponda, the planting exercise that is also aimed at using law enforcers to lead in sensitizing communities the dangers of damaging the environment was conducted at Ndilasadzu Hill at an area of 1550 hectares in the area of Traditional Authority Malenga in Ntchisi.

Speaking at the function after the tree planting exercise, Ntchisi Police General Duties officer Senior Superintendent Jemison Benjamin Mwale said it is part of each and every person to conserve and control the natural resources during this tree planting season.

“Trees provide us with a lot of things. One of it is oxygen for us to survive. So, let us all plant more trees and taking care of them,” said Mwale.

He said the move was the directive by International Police Organization (INTERPOL) that police officers should be involved in tree planting exercise during this tree planting season.

The police station has planted over 1000 tree seedlings of Bawa, Mtangatanga, Mthethe among others.