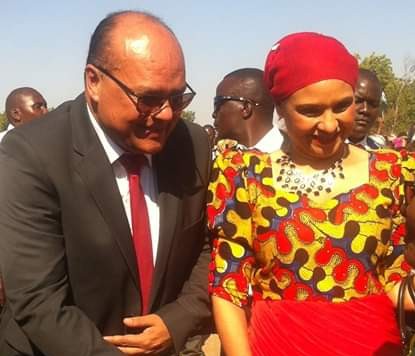 Recently, President Lazarus Chakwera announced his cabinet in which Sidik Mia and his wife Abida Sidik Mia were appointed Minister of Transport and Public Works and Deputy Minister of Lands Housing and Urban Development respectively.

The presence of the Mia Family in the cabinet is a great opportunity for Muslims in the country. The lower Shire giant is known for his charity works outside politics.

Sidik Mia who is also Malawi Congress Party (MCP) Vice President is a good Muslim who has done many things to Malawi Muslims. He has constructed several Mosques across the country among others.

It is obvious that his wife, Abida supports Sidik when doing charity works for Muslims and Malawi as a nation. Having such a family in the cabinet should be celebrated by all muslims.

Muslims in the country can use Sidik and his wife to request Government what they have been lacking such as Islamic University and Muslim hospitals among others. It is a fact that the Mia family can not turn down the plea to have such important asserts tagged to Malawi Muslims.

Malawi Muslim Website is wishing the Mia family all the best as they are serving the country. May God give them wisdom and knowledge to contribute positively towards building new Malawi.