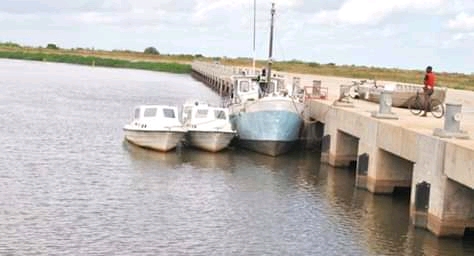 Landlocked Malawi still has a chance of boosting its economy using water transport just as how Egypt made it using a man-made marvel, Suez Canal, connecting Mediterranean and Red sea.

From zero, Egypt turned things around by becoming the centre of International trade using the canal.

The scenario can be the same in Malawi despite being a landlocked country.

The Shire- Zambezi Water Way project which was spearheaded by Late President Bingu Wa Mutharika is a ladder that can make Malawi a centre of trade.

Authorities should just follow all the procedures to make it start functioning.

I am not much interested in establishing what made the project hit snag but what I need is to see all thorns sorrounding the project removed and let it start contributing to Malawi’s economy.

Suez Canal has several ports such as Port Said which is the centre of International trade.

Suez Canal is one of most usable man made canal just as Panama canal.

It is not too late for Malawi government to clear the mist surrounding the Shire-Zambezi Water Way project which has Nsanje Inland Port.

A journey of one thousand miles began with a mile. Nsanje In-land port can positively contribute to the country’s economy.