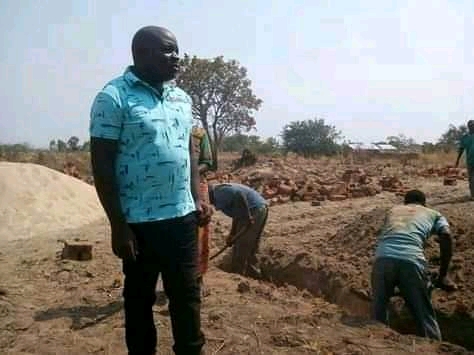 A Nkhotakota based organisation called Tingathe Development Forum (TIDEF) is constructing a factory for processing cassava in the district.

The Co-founder of the organisation Hussein Collins Chipala told Malawi Muslim Website that the work will benefit marginalised women and girls in Mpondagaga area in the lakeshore district.

“We are empowering the poor women to be adding value to their cassava crops so that they should be making huge profits,”

“We want them to consider farming as a potential business and job creator. We believe that when the women add value to their crops, they can make a huge profit as well as reduce crop loss that come due to poor storage or lacking storage facilitates,” he said.

According to Chipala, in the factory, cassava will be turned into high quality cassava flour that will be used for among others baking and making animal feeds.

“It will make many of them to be self-reliant as well as active contributors to Malawian economy. It will also be an eye opener to Malawians that there are a lot of possibilities in Malawi to make our life better,” Chipala said.

Nkhotakota is among districts with a lot of Cassava farms in Malawi.

The project is being funded by United States Agency for International Development (USAID) through World Connect.