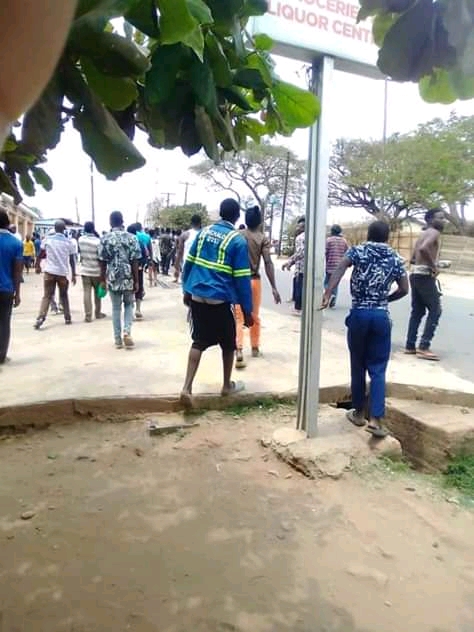 Businesses brought to a stand still in the morning in chilobwe township, Blantyre after angry mob went to police station demanding for the release of a suspected thief who is alleged to have killed a boy.

Malawi Muslim Website has established that, the suspect yesterday went to steal from one of the houses in the area after noticing that the owner was not around.

Unfortunately, he met with a son to the owners of the house who was coming back from school.

When the thief noticed that he was discovered he killed the boy with machete and covered the remains with beddings.

When parents came back from where they went, they discovered that their son was murdered.

The suspect surrendered himself to the police.

The police officers were overtaken by the villagers. Malawi Defence Force soldiers were deployed to calm situation in the township.