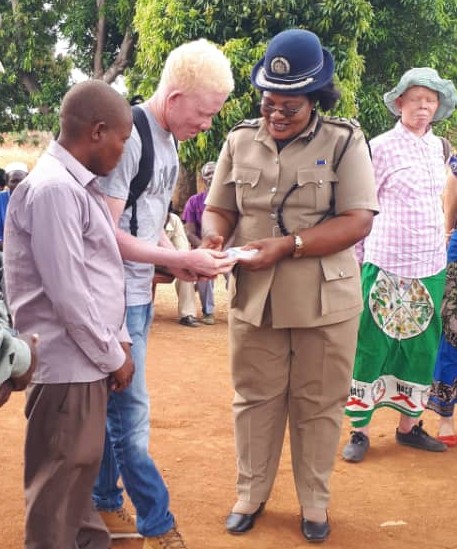 The commissioner of police responsible for Central Region, Mrs Evalist Chisale had an interaction with Community Policing Forums (C.P.Fs) and community to strengthen the existing partinership in the fight against crime.

The meeting was held in the area of Senior Chief Malengachanzi.

In her remarks, Mrs Chisale urged all C.P.F’s to keep working hand in hand with police if the war against crime is to be won.

“I know there is strong partinership between police and the general public here in Nkhotakota. I can personally testify by the way you have welcomed me,” said Chisale.

The visit was also to reinforce team work and motivating the people and CPFs when discharging their duties.

Later, she thanked Sub Traditional Authority Kalimanjira and his subordinates for attending such important meeting.

In her response to the challenges of lack of reflectors, torches and whistles by C.P.F’s, Mrs Chisale promised that shortly she will provide as requested.

He highlighted on the station’s achievements that include reducing crime and revamping community policing structures.