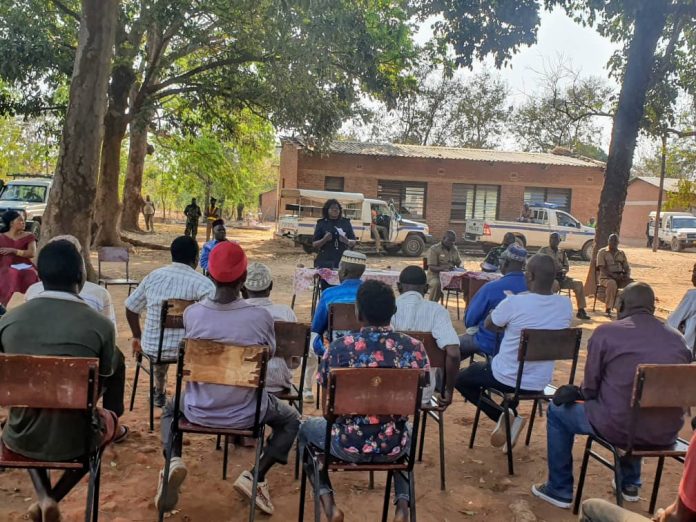 The Eastern Region Commissioner of Police, Mrs. Arlene Baluwa visited Makanjira community where she had an interface meeting with chiefs, community policing members and business leaders.

The meeting took place in the afternoon of September 24, 2020 at Mpiripiri Primary School where senior and junior officers from Eastern Region and Mangochi police accompanied the Commissioner.

Speaking during the meeting, Commissioner Baluwa urged the community to continue working hand in hand and support the officers in the fight against crime.

“Makanjira is one of the places bordering Mozambique and cases of human trafficking are on the increase along the boarders, hence the need to be vigilant and report to police about any suspicious activities,” said Baluwa.

Speaking on behalf of Senior Chief Makanjira, Group Village Headman Malamia outlined some issues which villagers are facing from the neighbouring counterparts.

In addition, G.V.H Malamia commended the Commissioner for the good gesture . He singled out shortage of manpower as one of the biggest challenges at Makanjira Police Post and requested more officers.

The Eastern Region Police Commissioner assured the community to deliver their grievances to authorities. She also inspected the Makanjira boarder post and had a quick chat with the officers.