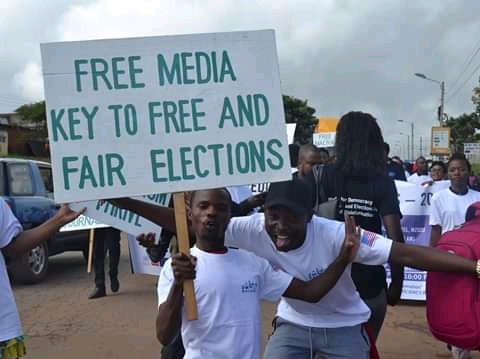 MISA Malawi has find the attack on the journalists not only a violation of media freedom but citizen’s right to know and effectively participate in the electoral process.

MISA is calling upon all political parties to ensure safety of journalists covering their political campaigns, expecting to hear messages of unity from political leaders and not ones that justify any violence.

The media body says it is expecting prompt arrests of perpetrators of this violence, the song for the need to arrest such criminals have been sang for too long saying impunity cannot be tolerated in a democracy, reiterating its calls that the police should not allow this to continue.

This is contained in a statement signed by its Chairperson, Teresa Temweka Ndanga.

In a statement, MISA Malawi says it is concerned that journalists are increasingly becoming victims of political violence as the country prepares for the Fresh Presidential Election ( FPE) saying journalists have in the past two days being caught in the crossfire of political violence in which some sustained injuries and others have lost property.

On Friday ,29th May, thugs attacked a vehicle that ZBS and Times Group reporters were traveling in during a Tonse alliance running-mate, Dr. Saulosi Klaus Chilima’s tours of Mulanje and Phalombe districts and on Saturday, May 30, another group of thugs assaulted MBC journalists with metal bars at Mponela in Dowa district who were part of MBC crew that was supposed to cover the campaign tour of DPP and UDF alliance running mate, Atupele Muluzi.

“We would also remind journalists and media houses of the need to report in a manner that helps build the country, media houses should assess risks before sending reporters on an assignment. We urge media houses to take all precautionary measures that would guarantee the security of reporters, no story is bigger than the life of journalists,”reads a statement in part.

Malawi is slated to hold First Presidential Election next month and the importance of access to accurate and credible information for Malawians during this period cannot be over emphasize. Malawians need information to make informed decisions and such information can only come from trusted sources, such as established media houses.