I have a fiancee who is giving me problems with money. She wants so many expensive things just for the wedding and the honeymoon. I keep saying that we shouldnt spend too much money on these things because it will lose baraka, but she just says its a once in a lifetime thing. Is she right? Is spending alot of money just for a wedding and a one week honeymoon justified just because it’s only once in our life? Please let me know, and I already know about spending on the wife is good, but I’m not referring to food and clothing and housing, only the extravagant things.

Praise be to Allaah.

The general principle according to which a man should conduct his spending is the same general principle according to which he should conduct his life, which is the middle way and moderation. Allah, may He be exalted, says (interpretation of the meaning): “And those, who, when they spend, are neither extravagant nor niggardly, but hold a medium (way) between those (extremes)” [al-Furqaan 25:67].

The middle way and moderation cannot be indentified by specific amounts or specific limits, that if a person oversteps steps that mark he can be described as being extravagant and if he falls short of it then he is being a miser or niggardly; rather that varies according to the individual’s situation, whether he is rich or poor, whether it is a case of ordinary expenses or an emergency. It also varies from one place to another, one time to another, and so on. The ruling on whether something is extravagance or not takes into account all of these things. Allah, may He be exalted, says (interpretation of the meaning): “Let the rich man spend according to his means, and the man whose resources are restricted, let him spend according to what Allâh has given him. Allâh puts no burden on any person beyond what He has given him” [al-Talaaq 65:7].

Wedding parties are among the things in which it is prescribed to express happiness and joy and to instil that in the family and the wife, but that does not mean that one should fall into extravagance or spend unnecessarily. The argument that it is only once in a lifetime cannot be an excuse to spend too much. Being extravagant only once is not allowed and is haraam, just as being extravagant more than once is repeatedly falling into something that is not allowed and is haraam.

The scholars are still urging people not to be extravagant in wedding parties and other expenses that have to do with weddings in general. They suggest that this is one of the factors that make the issue of marriage complicated for those who want to get married, to such an extent that the numbers of young women who remain unmarried have increased.

Shaykh Muhammad ibn Saalih al-‘Uthaymeen (may Allah have mercy on him) was asked:

What is your opinion on expensive dowries and extravagance in wedding parties, especially preparations for what is called the honeymoon, which includes high expenses? Does Islam approve of this?

He (may Allah have mercy on him) replied:

Expensive dowries and extravagance in wedding parties are things that are contrary to sharee‘ah. The most blessed marriage is that which is affordable; the less the expenses are, the greater the blessings. This is something that in most cases is the fault of women, because women are the ones who force their husbands to pay for expensive parties that are not allowed in sharee‘ah. This is something that is included in the words of Allah, may He be glorified and exalted (interpretation of the meaning): “…but waste not by extravagance, certainly He (Allâh) likes not Al-Musrifûn (those who waste by extravagance)” [al-A‘raaf 7:31]. Many women force their husbands to do that and say “So and so had such and such in her party” and so on.

But what is required in such matters is to act in the way prescribed in Islam and not overstep that mark or be extravagant, because Allah – may He be glorified and exalted – has forbidden extravagance and has said that He does not like those who waste by extravagance.

With regard to what is called the “honeymoon”, it is even worse and more reprehensible, because it is an imitation of the non-Muslims and it is a great waste of money. It also leads to neglect of many religious matters, especially if this time is spent in a non-Muslim country, after which they come back with habits and customs that are harmful to them and to their society. These are matters which are dangerous to the ummah. But if the man were to travel with his wife to do ‘Umrah or to visit Madinah, there is nothing wrong with that, in sha Allah.

The Council of Senior Scholars in the Kingdom of Saudi Arabia has researched these issues that have to do with people going to extremes with regard to dowries and competing in extravagance in wedding parties, overstepping the mark with regard to wedding feasts and what accompanies that of lighting systems that go beyond the limit of moderation, and entertainment, singing and musical instruments that are haraam being played at loud volume which may go on all night and in some cases be louder than the voices of the muezzins giving the call to Fajr prayer, and what precedes that of engagement parties and feasts to celebrate the drawing up of the wedding contract. They also discussed what has been narrated about reducing the dowry, being moderate in spending and avoiding extravagance and waste.

The Council commented on that by saying:

Because of this going to extremes in dowries and competing in offering lavish wedding feasts leads to overstepping the mark, and because there are so many celebrations that are done before and after the wedding, and because of what accompanies that of haraam things that lead to immorality, such as singing and mixing between men and women on some occasions, and men serving women in hotels if the party is held in a hotel, which is regarded as one of the greatest of evils, and because going that path of extravagance means that many people are unable to afford the expenses of marriage and indeed this indecent extravagance may lead to many young people, both boys and girls, going astray… for all these reasons the Council of Senior Scholars thinks that it is essential to take this matter seriously and deal with it by doing the following:

·        The Council thinks that there should be a ban on singing that has recently become popular in wedding parties, along with what accompanies it of musical instruments, hiring of male and female singers and of loudspeakers, because this is an evil and haraam action that should be disallowed and those who do that should be stopped.

·        There should be a ban on mixing of men and women in wedding parties and elsewhere; the husband should not be allowed to enter upon his wife when she is among unveiled women. Those who allow that, such as the husband and the guardians of the woman, should be punished in a way that will serve as a deterrent to committing such evils.

·        The majority of the Council thinks that those who are clearly extravagant in spending on wedding feasts should be punished and that they should be referred to the courts to impose disciplinary punishment on those who are proven to have overstepped the mark, according to what the shar‘i judge sees fit as a deterrent punishment that will discourage people from getting involved in such alarming behaviour.

Extravagance is not allowed and is blameworthy in all matters, whether it has to do with marriage or otherwise. What is prescribed in Islam is that the individual should not make things difficult for himself and should not burden himself with more than he can bear. Rather he should spend according to his means and what he is able to afford, whilst avoiding extravagance and going to extremes in spending.

But this does not mean that spending on wedding parties and marriage should be like spending on ordinary days, for example. Of course this is not appropriate; rather it is prescribed to spend more generously than usual at this time. For that reason it is Sunnah for a man to offer a feast at his wedding and to invite people to it. This is an expense that is greater than usual, but what matters, as we have said, is to avoid extravagance and wasteful spending in all of that. Each individual should pay attention to his own situation and what he can afford. 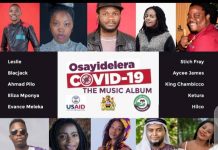 Ahmad Pilo in Fight Against COVID-19 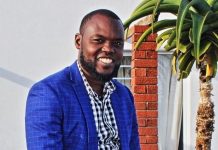