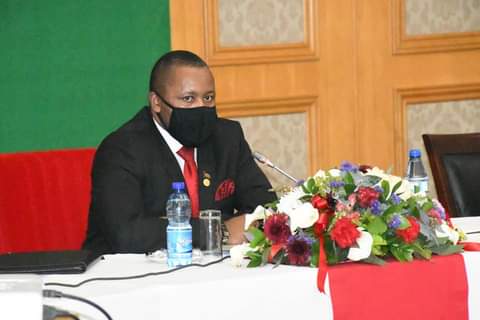 Vice President Dr Saulos Klaus Chilima who is also Minister of Economic Planning and Development and Public Sector Reforms has advised Electricity Supply Corporation of Malawi (ESCOM) to stop signing agreements that have no financial sense.

“One resolution that has been made that I can pre-empt here is that ESCOM will STOP buying fuel (diesel) for Aggreko to generate power using generators. We have given ESCOM 30 days to resolve this with Aggreko. It does not make any economic sense for ESCOM to be buying fuel to supply to Aggreko and then the same Aggreko sells power to ESCOM using the same fuel that ESCOM provided. We have advised ESCOM to avoid signing agreements that do not make financial sense,”

“After resolving these outstanding issues, what remains now is to put down a two year joint roadmap between ESCOM and EGENCO that will ensure that the current stable power supply is maintained or improved with surplus within the stipulated two-year timeframe,” Chilima says.

Veep says EGENCO presented a number of challenges choking its operations which include billions of unpaid electricity bills sold to ESCOM; the non-conclusive unbundling process that has left EGENCO without legal title of assets.

“On the other hand, ESCOM – as a power supplier – presented a number of challenges too including the K1.8 billion average monthly bill which EGENCO charges but ESCOM feels the charges are wrongly calculated therefore not sustainable,”

“This financial and asset dispute in question had been a hanging operational sword on the heads of the two institutions and it seemed there was a deadlock. In fact, ESCOM was disputing by more than 50% the figure that EGENCO presented as ESCOM’s bill,” he says.

Chilima says the financial and asset between between the two statutory corporations will be history.

“I am therefore pleased to announce that the financial and asset dispute between ESCOM and EGENCO will be a thing of the past effective Friday next week, a development that will bring the whole unbundling process to its fair conclusion. On Tuesday, Treasury will meet with the two institutions to spell out the way forward following the resolutions that have been made. If we are to move forward as a country we must learn to face obstacles head on and avoid being decisively indecisive,” he says.