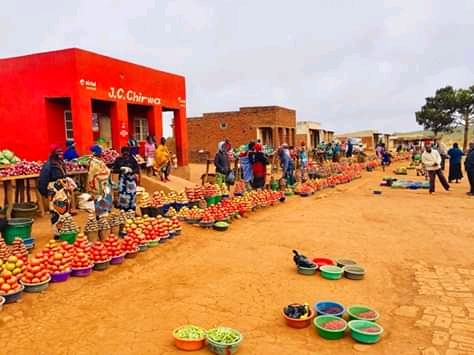 The Dowa District Council has plans to construction toilets at Lumbadzi market in the district using Constituency Development Fund( CDF) as proposed by the previous full council meeting where each of the seven MPs was asked to contribute MK1 million.

On the other hand, Both Mkukula East and West ward councilors report to the Dowa District Council while that of Lumbadzi ward, report to Lilongwe City and the Member of Parliament for the whole constituency is from Dowa district.

Speaking during an extraordinary council meeting on the budget, Dowa West Parliamentarian, Dr. Ephraim Abel Kayembe, asked the members to check on each of the market in the district performance on how much it is getting per months so that MPs can come in for the construction of the toilets at Lumbadzi saying toilets are a challenge in all markets including his area’s Kasuntha, where there’s no toilet.

Chiwere East ward councilor, Cheukani Madeya, said CDF is the only fund that can address the shortfalls for some projects which are failing to be completed in the district.

Madeya observed that CDF comes in full unlike DDF which comes in halves and after struggles making projects suffer without reaching to a completion stage hence, a great need for each of the seven MPs to contribute MK 1 million towards Lumbadzi market toilets construction project.

Katema claimed that at one time their was a proposed meeting between the two councils but this never took place best explained by the Secretariat itself.

He assured the members that the council is at liberty to reclaim Lumbadzi market saying the dust bins which were already procured by the council for the market, are speaking volume that Lumbadzi market is falling under the Dowa District Council and not Lilongwe City Council.

Meanwhile, the council members have recommended that a new task force comprising of people who know what has been happening in the past, be formed to look into the issue of Lumbadzi market for the benefit of the council and the Dowa people.