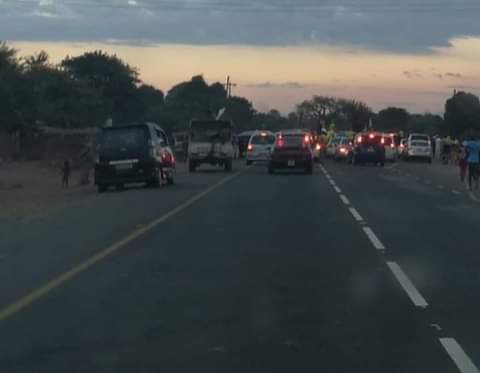 Mangochi Police Traffic Officers have been advised to uphold professional and ethical code of conduct when executing their duties for enhanced cordial working relationship with the public.

Station Traffic Officer lnspector Rhodes Chitera made the call on September 25, 2020 at Mangochi Police Station where all traffic personnel in the policing area were in attendance.

He bemoaned undesirable conduct displayed by some traffic officers such as lack of customer care and declining routine patrols.

Chitera noted that the use of lorry motor vehicles to ferry fair paying passengers contribute to an increase in road accidents in the district .

He then encouraged all traffic officers to increase visibility in the form of meaningful day and night patrols.

“Routine traffic checks are always productive, all unregistered motor vehicle and unlicensed drivers should have their vehicles impounded and be charged maximum fines to flash them out of the road,” he said.

He finally called for the need to caution motor vehicle owners against employing unlicensed drivers.

Speaking on behalf of the participants, Traffic Sub Inspector Chrisy Tengula stressed that as much as they are trying to step up patrols, there are some challenges which Officers are facing when carrying out their duties like inadequate resources.

“Most accidents occur frequently because of pedal and motor cyclists who do not adhere to road safety measures,” she said.

Tengula assured them of continued hardworking and team spirit in a bid to spur the desired road safety among road users in the district.