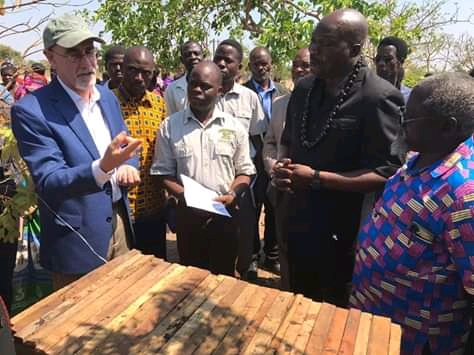 United States Embassy in the country has inaugurated a multimillion project in Senior Chief Lukwa in Kasungu district.

According to a circular from the Embassy , Ambassador Robert Scott inaugurated the project.

According to U.S Embassy , the project funded by the U.S. Ambassador’s Special Self-Help Fund
is aimed to help reduce community diarrheal cases and reduce the distance that community members walked to find water.

“Over 2,500 community members will benefit from the nine boreholes and beekeeping project.” reads the circular.

Speaking at the handover ceremony, Ambassador Scott stresses on the significance of water to the people.

“Water is essential to life and is a basic human need. Clean and safe water is essential for good health. It is my hope that the nine boreholes will ensure that children including girls stay in school because they can easily access portable water,” he said.