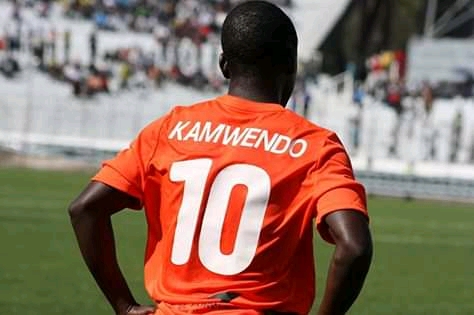 A veteran Be Forward Wanderers midfield maestro Joseph Kamwendo has announced his retirement from active football.

Kamwendo who also played for Civo Service United now Civo Sporting Club said he is happy for his contributions and achievements throughout his football career.

“I have thought hard and deep about my decision to leave the beautiful game and let me say it hasn’t been easy. It has been an emotional time for my family and I,”

“I have been blown away by the support I have received so far and throughout my career I would love to say thank you to everyone of you. Its been very humbling and its something I will cherish for the rest of my life,” Kamwendo wrote on his Facebook page.

Joseph Kamwendo aged 33, who is popularly known as JK10 in football sphere said It was an absolute privilege to represent Malawi ‘The Flames’ and all the clubs he had played for.

“Getting just over a hundred caps for the national team is no mean achievement i always pat myself on the back . I have loved every minute I’ve spent on the football pitch.”

“It’s been an amazing journey with some glorious highs and crushing lows with the highs outshining the lows. I have been fortunate to play alongside and against some incredible players and for coaches who have all helped me to improve and develop,” he said.

TP Mazembe of DRC, Cups United of Zimbabwe and Orlando Pirates of South Africa are among other foreign based clubs that were impressed by JK10’s services.