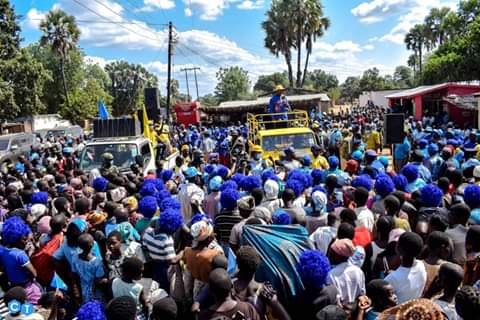 Muluzi made the remarks today when addressing a political rally in Nkhatabay district.

According to Muluzi, president Mutharika is the right person to be given a mandate of ruling the country because he is visionary.

He says during his campaign across the country, a lot of people are saying they will vote for the president to continue transforming the country for the better.

Speaking in Mzimba yesterday, Muluzi said the DPP/UDF Alliance will see to it that projects like the Jenda-Edingeni road and Mombera University are completed, and that Government will construct the Mzimba-Kafukule-Ezondweni-Mpherembe road.