It is not strange today to see Mbewa Zanga blasting in the Islamic Wedding (NIKAH) ceremonies. No matter which direction we go, we are blasted with music, things which  poses a tremendous danger for Muslims in Malawi and around the world. This is so because some people want to make things lawful even though Islam prohibited it.

The issue of music has been debated for so long by some reliable  Islamic scholars, Maulamas and imams with some saying the use of Music is prohibited but in exception of ad-duff (Tumborine) while quite few have taken a positive approach considering that only Music containing, sensual, pagan, unethical themes or subliminal messages as being categorically forbidden.

Before I continue any further, let me make it clear here that my intention is not to take any side of the argument but instead to present both opinions in a short article. My aim is not to tell you what is haram (forbidden) or what is halal (permissible) but instead to explore some of the points we often debate. I’d like to add that I myself do listen to music, more especially Amudyetsa Khuzumule by Moses Makawa but I assure you that this won’t affect the neutrality of the article.

And I always remember what Sheikh Dinar Chabulika, well renowned Shariah and research expert in Malawi as once said at the Eid-al-adhuha prayers and I quoted: “ Let not technology affects  our beautiful deen by doing things which is not within the context of the Shariah.”

The most entertaining and best thing in Islam is that the Quran and our prophet (saw) already knew that there will be other people who will try to seek and make things lawful despite Islam prohibits it.

“There will be people of my ummah who will seek to make lawful; fornication, wine-drinking and the use of Ma’aazif (musical instruments).” From Bukhari Shareef, the most authentic book of hadith.

So there are two things we need to consider from this hadith. Firstly, using the words “seek to make lawful” just means that music is forbidden, as logically we can only seek to make lawful things which is not allowed. Secondly, we can see that music would have not brought in the same context as fornication and wine-drinking if it was not prohibited.

According to Sameer Hussain of Islam Point in his article “ Islam and Music”, he says: “ we know that there are many other types of music, there is even music that reminds us of our religion and that influences us positively. Some Muslims promote such music though there are others who pose questions about its sincerity. I’m also aware that the use of certain instruments is discouraged by our religion. One of the important points is that The Holy Q’uran doesn’t explicitly forbid music in the way it labels alcohol and gambling as ‘haram’.

It seems that there are many different types of music out there, and the way in which people are influenced by music differs significantly. For example, a Nasheed (Islamic music) might appeal to one person because it contains the message of peace, but for another person it could be the ego or arrogance of the performer that is more appealing. Had our religion given us a blanket statement, such as all music is forbidden, it would’ve been quite misleading.

No doubt, we can argue that Islam totally discourages music which blatantly promotes and explicitly glamourises sinful activity. Islam doesn’t plainly forbid music and the reason for that might be because music takes many forms, it would be unfair and misleading to label them all as one. But for me, the important concept which we must understand is that music can heavily influence the mind and the heart. As Muslims, we must protect ourselves from all influences which take us away from the straight path of Islam. What sometimes annoys me is that the music debate gets far too much attention, and we get people on both sides holding up the ‘halal’ or ‘haram’ card.

For me, what is more important is that each individual understands the role of music in their life and whether it is ruining their character, improving it or not affecting it at all. Paying attention to detail is important but there are times, we must learn not to lose ourselves in it, take a step back and look at the big picture, and ask yourself what music means in your life and how it influences you.”

Romantic music doesn’t contain swearing or abuse, but it does often encourage men and women to engage in acts that are forbidden by Islam. “Your eyes are so beautiful, you’re so sweet, I wish I was with you for the rest of my life”, harmless, right? Well, one will say that it totally depends on the listener, some people will be easily influenced (e.g. to engage in forbidden acts outside marriage) but others won’t be. But again the key point is that music is an influence. Allah has warned us not only to abstain from that which is clearly forbidden but also that which may lead to it. The song may not be harmful but how it affects your character and your way of thinking is what could potentially become harmful. Music which encourages lewd behaviour usually results in increased vulgarity and disrespect for women in society. Islam doesn’t tell us to live on the edge, where there are risks of falling off the edge; we’ve been told to keep our distance. Sounds simple, if you want to avoid an accident, keep your distance from the car in front. 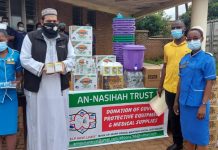 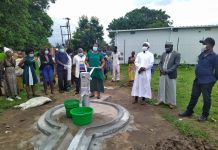