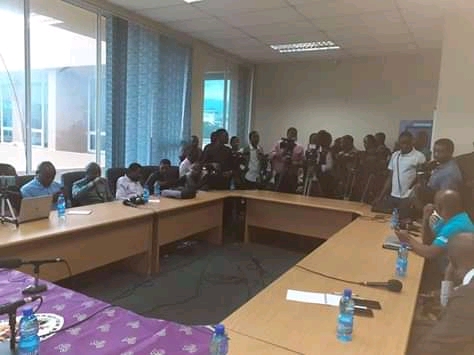 The Anti-Corruption Bureau (ACB) has refuted claims that it is partial when discharging its duties.

The remarks made by ACB Boss Reyneck Matemba at the ongoing press briefing in Malawi’s capital, Lilongwe.

Matemba is addressing the media on the progress that the bureau has made regarding to allegations that some individuals need to bribe the Constitutional Court judges who are handling the presidential election case.

He told the members of the press that ACB operates within the scopes of Malawi laws and it has never sit on any case.

“ACB is transparent and no officer of the bureau sits on any case,” he says.

He disclosed that one suspect is a senior government official while the other one works in the private sector without disclosing their names.

According to Matemba, the bureau can’t arrest the suspects because the laws say it has to first investigate on any allegation it has received.

He has assured Malawians that the investigations will end soon to bring to book the suspects because the bureau is aware of the urgency of the matter.

The ACB boss assured Malawians that the investigations will not affect the verdict of the presidential election case.