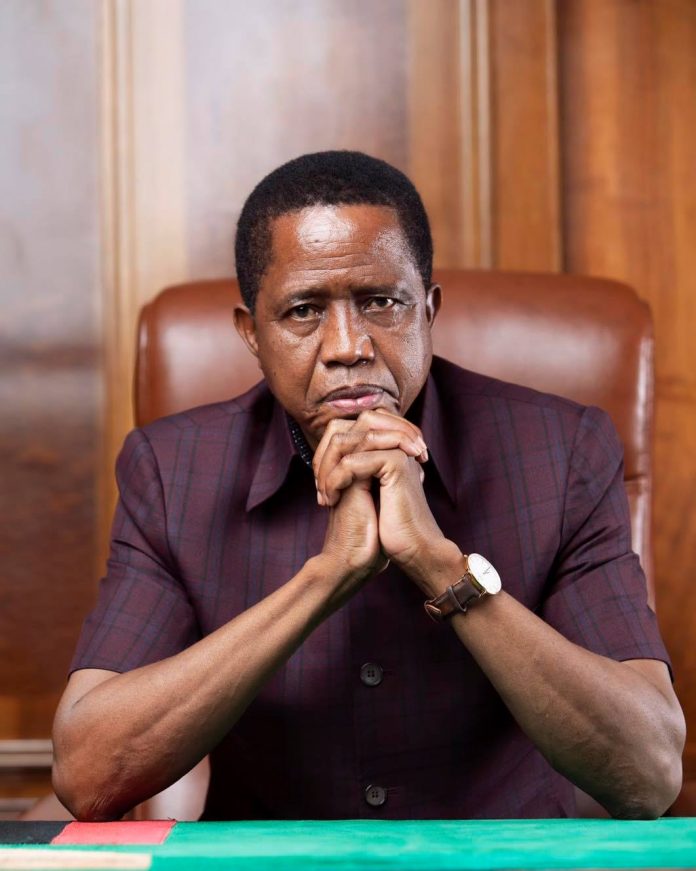 The Leaders of Opposition political parties in Zambia have told the incumbent leader of the country Edgar Lungu to accept the defeat in the elections held on Friday.

The last update by the Zambia Electoral Commission showed Mr Hichelema, a prominent businessman, leading with 1,024,212 votes against the incumbent’s 565,523.

Lungu is under mounting pressure to concede defeat after five opposition candidates challenged his claims on ‘unfair’ elections. President Lungu (64), who is trailing his rival Hakainde Hichelema in results released so far, on Saturday issued a surprise statement saying violence against supporters of his ruling Patriotic Front (PF) in some provinces rendered the August 12 presidential and parliament elections “not free and fair.”

The leaders said President Lungu cannot cry foul because he tried to use his incumbency to tilt the scales in his favour during the polls. “It is a fact that the just ended elections were far from being free and fair because the PF under your leadership as republican president made it practically impossible for the elections to attain the required standard to meet the test of free and fair,” the candidates wrote in a letter addressed to the president.

“The people of Zambia have spoken and the courts of law should not be used in any way to circumvent the wishes and aspirations of the people. “We trust you will act with humility and submit to the wishes of the people by conceding defeat and allowing for the succession process to start without any further delay.”adds a letter.

In their preliminary reports, observer missions said despite a few cases of political violence, the polls were free and fair. The European Union (EU) observer mission said the environment favoured the incumbent.

“The campaign took place in a highly competitive environment,” the EU mission said. “Whereas the legal framework provided a reasonable basis for the conduct of democratic elections, selective application of laws and regulations, misuse of state resources and one-sided media reporting meant that a level playing field was not achieved.”

Another installment of results is expected on Sunday afternoon. Vote counting has been delayed by a huge voter turnout, and disputes between candidates and the electoral commission in some provinces. President Lungu came to power in 2015 after the death of Michael Sata.