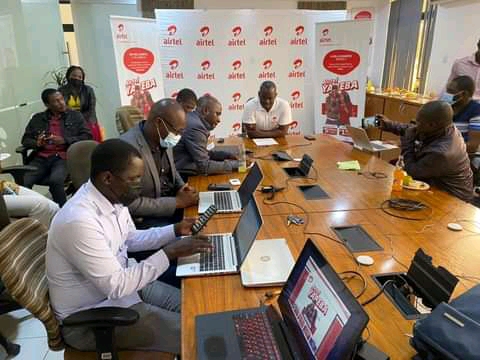 Airtel Malawi says it wants to change the lives of Malawians through the Airtel Yabeba promotion that it introduced last month.

This was disclosed on Tuesday 1st June 2021 in Lilongwe during the second draw of the promotion that is happening weekly.

Acting Sales and Distribution director for Airtel, Mischeck Kavuta, said they are happy with the participation of the people in the promotion, and they believe that through the promotion people will be living their dreams.

“So far we are happy, we are seeing customers across the country participating, and we are also seeing winners from different parts of the country being lucky and going away with different cash prizes. Through this promo, we should empower people to live their dreams when they win the various cash prizes. We are also happy that some of the people who are winning this competition are from rural areas and this is a good development because their lives will change completely.

Three women, Lonezo Chikuse from area 23 in Lilongwe, Magret Levison from chiwamba, Ronas Kambwela from zolozolo and a man, an assistant to a transporter in Napeli, Zebron Chapomba are the lucky winners who have won one million kwacha each and ten people winning ten thousand kwacha each.

One of the one million kwacha for the second draw, Magret Levison who resides in Chiwamba, said with the money that she has won she will start a business as she was staying without anything to do.

The promotion started on 13 May 2021 and is expected to end in August this year.

Four winners will be winning one million kwacha and other cash prizes weekly until the promotion ends.