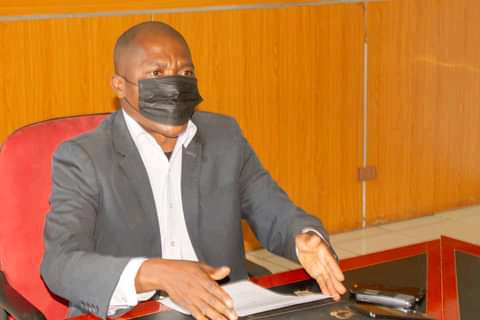 The Centre for Democracy and Development Initiatives (CDEDI), has written a letter to the Minister of Health, Khumbize Kandodo-Chiponda demanding an explanation on mandatory Covid-19 testing and vaccination in Malawi giving her seven days to explain to Malawians the status of policy direction.

CDEDI says it has noted with concern the government policy of NO VACCINE NO WORK POLICY in the country, saying both the public and private institutions are currently outclassing each other by imposing mandatory Covid-19 testing and vaccination contrary to what the Hon. Minister of Health told the nation when announcing plans to roll out the vaccination campaign that the exercise was voluntary.

The organization says what is more disturbing is that the Hon. Minister’s silence on these developments despite being reported in the media and more so, being contrary to the Malawi Government policy saying CDEDI is challenging her come out very clearly on whether or not, the Tonse Alliance government has changed tune as usual on its earlier position on voluntary testing and vaccination.

In a letter signed by its Executive Director Sylvester Namiwa with a copy to the Presidential Taskforce on Covid-19, CDEDI says Malawians would like to know as to where these institutions are getting the mandate to impose the Covid-19 mandatory testing and vaccination from, and why the Minister of Health, Hon. Khumbize Kandodo-Chiponda has chosen to keep quiet on the same.

CDEDI says it would like to believe that President Dr. Lazarus McCarthy Chakwera is running a transparent and accountable government with the welfare of Malawians at heart.

“It is therefore prudent that your Ministry should be very open, clear, and consistent on any policy changes as long as it is done in good faith and in the best interest of the people of Malawi,”reads the letter in part.

Meanwhile, the Pan-Africanist, Philosopher, and Historian, Bantu Saunders Jumah the Utopian has called upon the governments of Africa and their leaders to tell their people the truth about Covid-19 vaccinations saying in the first place governments told their people that Covid-19 vaccination will never be by force but by choice, saying Africans are now surprised why this has changed to mandatory.