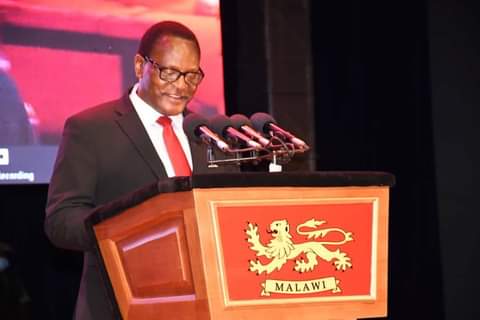 Chakwera made the remarks when briefing the media at Kamuzu International Airport (KIA) upon his arrival from the United Kingdom where he went to attend the Global Education Summit.

The Malawi President says it is unwelcome that people were spreading lies that he went to the UK to attend the summit that was 100 percent virtual. The President says it is also not wrong that some Malawians were saying that his elder daughter Violet is heading to Brussels as a diplomat.

The Malawi leader says the citizens must always verify the allegations made before believing them. Dr Chakwera says he is ready for talks with anyone as long as the issues stand to benefit the country.

Dr Chakwera says the UK Trip was a successful as the country has managed to get funds that will fight COVID-19 and climate change among others in the country. The President also says the trip helped him to lobby for the improvement of girl education in Malawi and Africa.

The President has condoled the families of the 21 people who have died today in Ntcheu district.