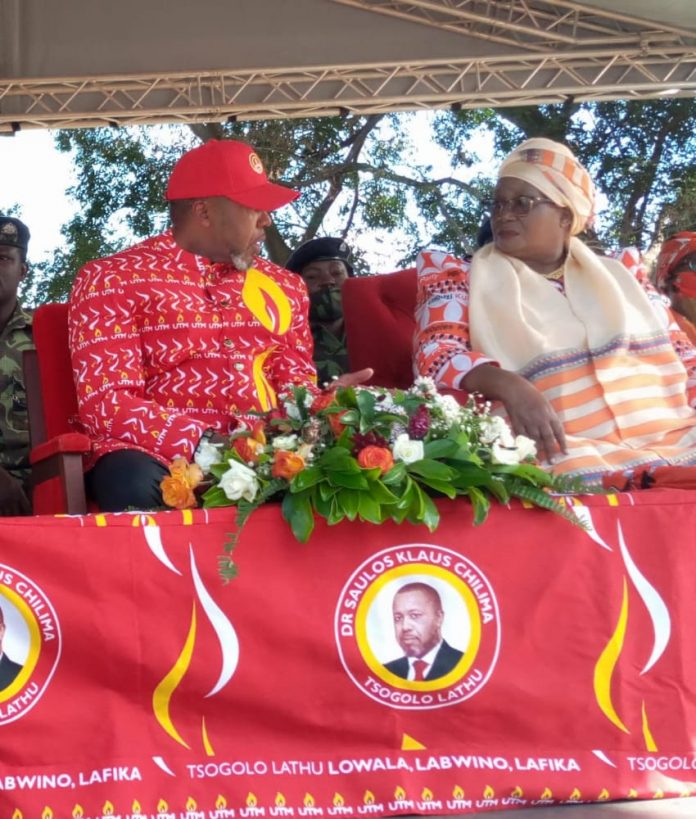 Tonse Alliance Presidential running mate, Dr. Saulosi Klaus Chilima, has dismissed claims which are being made by some people who are not wishing the alliance well, that that there are divisions fighting for positions.

Dr. Chilima says Tonse Alliance has matured leaders driven by God for one common goal of liberating Malawi from the shackles of dictatorship and not even a single day, the leaders quarrelled for positions as some people are speculating.

He says Tonse Alliance will make sure that they provide servant leadership to all Malawians regardless of their political party affiliations, pleading to those who have bought land along Mulunguzi river and Zomba mountain to stop forthwith because once Tonse Alliance will be elected in government, the law will take its course on these people.

Speaking during a mega rally in Zomba, Dr. Chilima appealed to Malawians to come out in their large number on the voting day to vote for Chakwera-Chilima presidency, dismissing rigging fears that no one will rig this year’s election and DPP- UDF Alliance will be honourably defeated .

On political violence in Machinga, Dr. Chilima asked God to forgive those who were sent pelting stones and blocking him from campaigning in the district saying their masters were at home drinking coffee waiting for the report .

He says he did not cancel his whistle stops campaign in the district out of fear but he received reports that the thugs were pelting stones at any vehicle passing by the road and it was right for him not to proceed with his journey.

On Covid-19 pandemic, Dr. Chilima thanked God for keeping Malawians alive beside the government importing the virus from other countries to infect as many Malawians as possible so that it continue cashing in money out of the pandemic.

“The returnees from South Africa are tested for Coronavirus, and in every border they passes, with negative results, but when they come in Malawi at Mwanza border, they are tested positive,”lamented Dr. Chilima.

He assures President Mutharika that Malawi is for change, change has come whether he likes it or not and if 150 days have elapsed with the Election not held in Malawi, they will go again to court for the interpretation of the law.