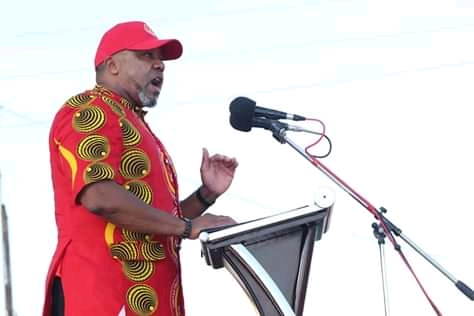 In his remarks, Chilima says Mutharika through his visionary leadership has a role to provide basic needs to Malawians.

He says people in the country are lacking basic needs such as food and drugs and it is his role to intervene in such challenges for a better Malawi.

In his address , Chilima says the Malawi president also has a role to paint his name with a positive image because when things falls apart,he is the one to be blamed.

The veep says UTM party is in talks with other political parties for a possible alliance ahead of the Constitutional court ordered fresh election within a period of 150 days.

He says UTM party can not enter into an alliance without scrutinizing its importance.

Chilima asks Malawians to be united and have vision for the country.

“We are all Malawians and we should work towards making Malawi a great nation. God didn’t make us to be the sufferers. Let us forge ahead as a country,” Chilima says.