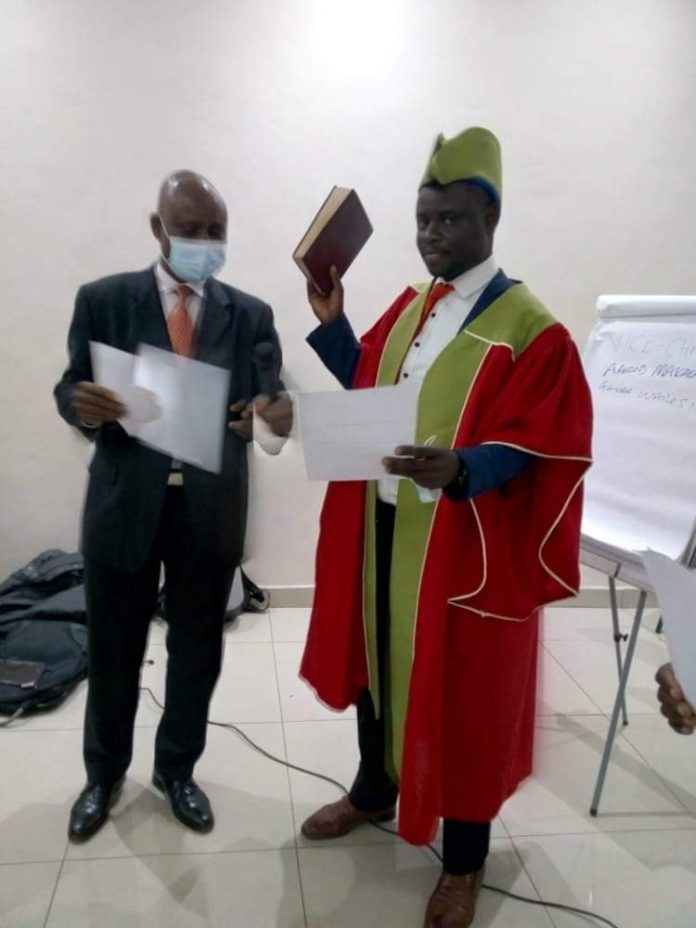 Kambewa has replaced Councilor Martin Luka Phiri of Msakambewa East ward in Dowa North Constituency who has been the chairperson of the council since his term office expired some months ago.

In the last election which elected councilor Martin Luka Phiri as chairperson for the council, a woman competed for the position of Vice chairperson and she won, this time around, gender is on standby for the next elections.

Mayamiko Kambewa, at one time served as District Malawi Electoral Commissioner (MEC) Stringer for Ntchisi and Zodiak Broadcasting Service (ZBS) District reporter for Dowa before being elected as councilor for Mponela ward (Dowa Central constituency) in the May, 2019 Local Government Elections .