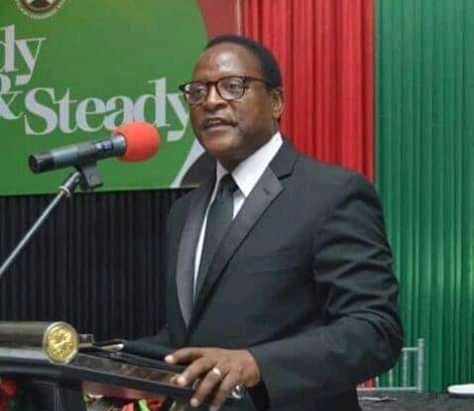 The celebrations were organized by the supporters who mobilized themselves at a time when Malawi Electoral Commission (MEC) is yet to announce the results as it continues determining the results from the district level with emphasis of null and void votes.

On Saturday, which is the market day for Dowa boma, the Alliance’s supporters dressed in MCP colours bringing business to a standstill.

People had to carry the coffin onto their shoulders moving in all directions of the boma escorting the coffin to the graveyard symbolising the death of the DPP in the district .

One of the person filled with joy, Mrs. Hendrina Kamundi Banda asks MEC to take Chakwera’s votes for the district and give them all to Mutharika for the speedy announcement of results.

Mrs. Banda says the nation cannot be kept at a standstill with two people of two families disputing the results while all Malawians are in support of Chakwera’s victory.

Meanwhile, Malawi’s President Elect, Dr Chakwera has arrived in Lilongwe from Blantyre for the swearing in ceremony at a date yet to be set.

At 6 miles in Lilongwe, Chakwera was greeted with cheerful faces of Malawians who lined up along the streets as sirens and MDF military police were escorting him, an indication showing that Malawi has seen change.