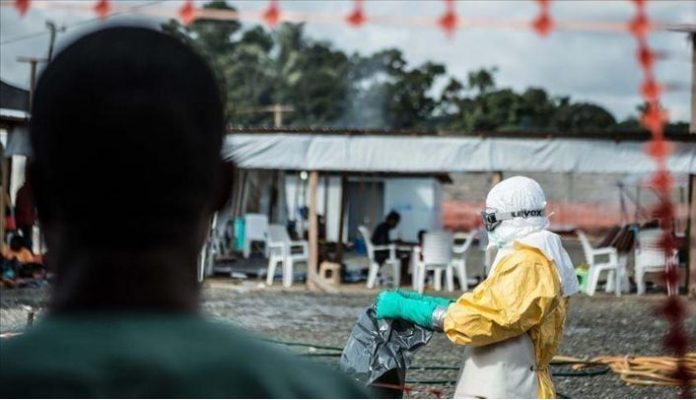 The Democratic Republic of Congo (DRC) announced on Sunday a reappearance of the Ebola virus in the eastern part of the Central African country, more than two months after the end of the last outbreak.

The patient, who has since died, was the wife of an Ebola survivor. Samples have been sent to the National Institute of Biomedical Research in the capital Kinshasa for genome sequencing to determine whether there is a link to the previous outbreak, World Health Organization (WHO) Africa said in a statement.

“I also want to tell my brothers and sisters of Butembo not to panic,” local news website Actualite quoted Minister of Health Eteni Longondo as saying.

“Another national team will follow early next week. We are here. We will do everything to make this disease go away as soon as possible,” Longondo added.

He said a provincial response team had been formed and would be in the northeastern city of Beni on Sunday.

The expertise and capacity of local health teams have been critical in detecting this new Ebola case and paving the way for a timely response, said Dr. Matshidiso Moeti, the WHO Regional Director for Africa.

“WHO is providing support to local and national health authorities to quickly trace, identify and treat the contacts to curtail the further spread of the virus.”

On Nov. 18, 2020, DRC authorities declared the end of the 11th Ebola outbreak in the country’s northwestern Equateur province.

At least 130 people were infected and 55 died in the last outbreak, which took place in communities scattered across dense rainforests, as well as crowded urban areas, creating logistical challenges.

Starting in North Kivu province in August 2018, the 10th Ebola epidemic was the second-largest outbreak in the world and particularly challenging as it took place in an active conflict zone.

Ebola, a tropical fever that first appeared in 1976 in Sudan and the DRC, is transmitted to humans from wild animals.

The disease caused global alarm in 2014, when the world’s worst outbreak began in West Africa, killing more than 11,300 people and infecting an estimated 28,600 as it swept through Liberia, Guinea and Sierra Leone