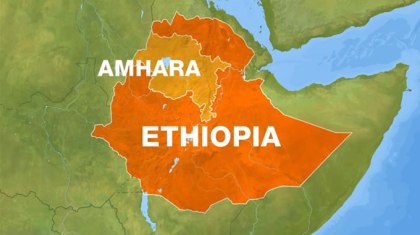 Several thousand Muslims across Ethiopia have protested against the burning of four mosques in the Amhara region.

The attacks last Friday in Motta town, more than 350 kilometres (217 miles) north of the capital Addis Ababa, also targeted Muslim-owned businesses. Muslims have called for the perpetrators to be brought to justice.

Prime Minister of Ethiopia Abiy Ahmed has called the attacks “attempts by extremists to break down our rich history of religious tolerance and coexistence”.

Prominent Muslim scholar Kamil Shemsu on Tuesday told The Associated Press news agency there are “political actors who want to pit one religious group against another” and blamed the negative role of activists and videos circulated online.

Amhara regional officials said they have arrested 15 suspects in connection with the attacks. Police commander Jemal Mekonnen told state media the attacks appeared to be triggered by news of a fire that broke out in an Orthodox church a few days earlier.

Regional officials were criticised for their slow response and their inability to stop similar attacks.