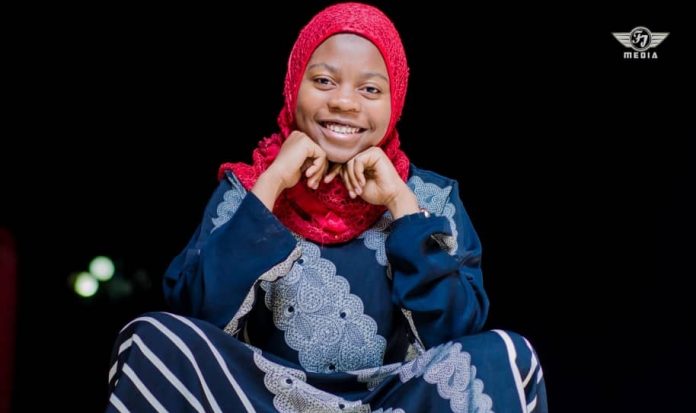 Chikwatu is also passionate about poetry despite being a computer scientist in the making.

Malawi Muslim Website caught up with Chikwatu to learn how she manages her poetry life and academics.

“Well, I started writing five years ago when I was in form three at
Pact secondary school- kanjedza camp. The passion has always been there. I love watching spoken word artists perform and I even tried,”

“The first successful poem was the one I wrote in form three which I was supposed to recite at Sanjika Palace, during Beautify Malawi (BEAM) event, unfortunately I didn’t. Still more, I felt like I achieved something,”she says.

Recently, Chikwatu’s poem titled “Click” which is about technology won a prize in MUST Writers Guild (Club) Competition.

“I don’t know the exact number of people who submitted their work but it was open to all members of the club (guild),so we are at least 38 members,”

According to Chikwatu, winning the first position in poetry category which comprised of good writers is not a mere achievement.

“The competition may have not been that big and broad or fancy but it has made me boost up my confidence so much,”

“One day, I see myself pulling up a show and having a huge audience there to watch,” she says.

“I dream of having my own poetry collections; like albums and singles and compilations like books and all so I hope in a few years, that will become a reality,” she says.

Chikwatu told Malawi Muslim Website that managing her poetry life and academics sometimes is complicated but she kills it.

“It’s really complicated. Sometimes it becomes hard for me to concentrate on my studies or nurture my dream. Since it’s something that is in my blood, I can not say that I will stop writing for now instead I just try to manage my time,”

“Oftenly, I write so much in my free time, so like everytime I have an idea I just jot it down in my phone so that in my free time, I can come back to the notes combine them and be able to come up with something sensible. I know that I am at school, and I came here for a reason so I don’t let my writing take over that,” she says.