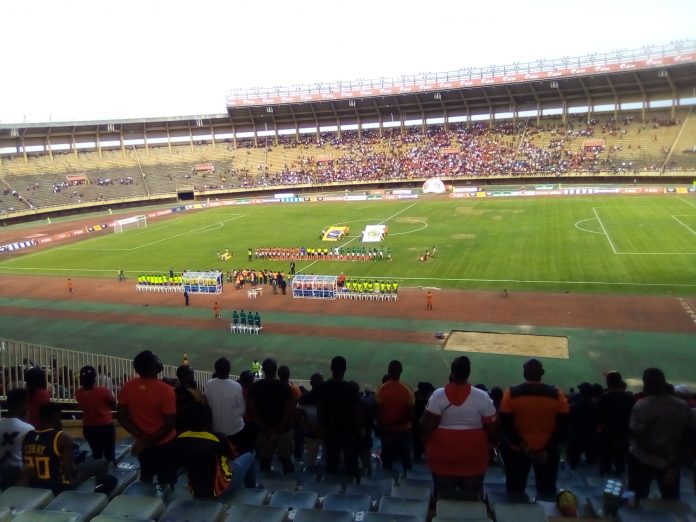 The Malawi national football team, the Flames have failed to maintain the first position in group B after loosing 2-0 to the Cranes of Uganda.

Mistakes from Malawi defenders gave Uganda loopholes to score a goal in each half.

The goals from Emmanuel Okwi at 29th minute and Bato Azizi at 67th minute were enough for the hosts to collect all the three points and claim the first position in group B.

The Flames Coach, Meck Mwase said he was happy with how the team played despite the lose.

“It’s very unfortunate that we have lost this game. We started well and maybe because pf pressure we made mistakes at the back that resulted in two goals,”

“I am very happy with the performance of the players. It was a tough game and playing away is not easy,” he said.

The Flames Coach said the team will now concentrate on the remaining games to go to 2021 AFCON in Cameroon.

“We still have for more games and the players know the importance of the remaining games,” he said.

Before the game, Malawi was on first position after beating South Sudan 1-0 in Blantyre, a week ago.

According to Mckinstry, the team is grooming a best team that will be excellent in the future.