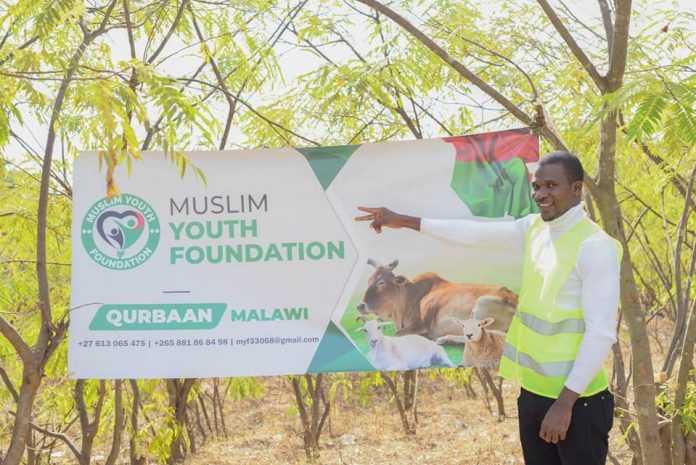 The Malawi Government has offered a Certificate of Incorporation to the Islamic organization, Muslim Youth Foundation (MYF), Malawi Muslim Official Website can report.

“Yes, indeed it is very true. I can’t be more proud. Muslim Youth Foundation is now a registered organization. Thanks to everyone who took part to make this come true,” Asima says.

The organization has been the Certificate of Incorporation as a private company.

“I hereby certify that the above-mentioned company (Muslim Youth Foundation Limited) has this day been incorporated under the Companies Act 15 of 2013 and the Company is a company limited by guarantee,” says a certificate issued by MYF by the Deputy Registrar of Companies Chifwayi M.K Chrambo.

A certificate of incorporation is a legal document/license relating to the formation of a company or corporation. It is a license to form a corporation issued by a state government or, in some jurisdictions, by a non-governmental entity/corporation.

Asima told Malawi Muslim Official Website that MYF has several projects in the future to benefit Malawians and the certificate will help to boost its activities.

“We have projects in the education sector and poverty reduction through implementation of sustainable projects such as farming and small scale business projects,” he says.

Asima says MYF is targeting central Malawi but the organization can reach anywhere across the country when the need arises.

He adds, “We are focusing on Central Region and Northern Region in the future. But we are ready to reach the Muslims in need as we have done by renovating a Mosque in Southern Region, Thyolo District.”

Asima says well-wishers within Malawi and abroad are the ones bankrolling all the projects of the Muslim Youth Foundation.

“I speak to people about what we need to do. I make posts on social media. I make announcements in the mosques and other business places asking people to fund MYF projects. These people (funders) decided to remain anonymous but they are doing a great job. May God rewards them abundantly for their huge contribution towards the success of Muslim Youth Foundation,” he tells Malawi Muslims Official Website.

Recently, the organization had renovated two mosques in Lilongwe and Thyolo districts. The organization also provided Iftar to the Muslims during fasting in the Holy month of Ramadhan 2021 and also distributed Qurban mean during the Eid-Adha 2021 period.

Muslim Youth Foundation is a grouping of university students and graduates who are working in various sectors such as health, education, media, and finance among others.